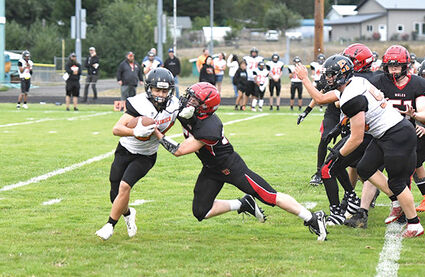 The Wahkiakum Mule football team opened the 2022 season with a 36-28 win over the Rainier Mountaineers last Friday.

Visiting Rainier tied the game 28-28 on a long pass play late in the fourth quarter. 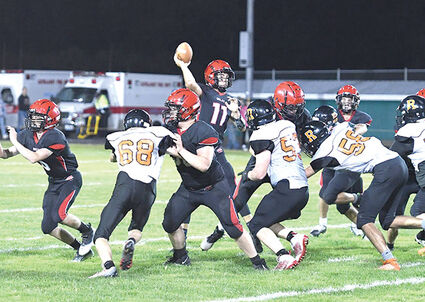 To start the overtime period, Zakk Carlson scored on a 10-yard run, and quarterback Brodie Carlson ran the conversion for the 36-28 margin. Rainier's series of downs came to an end via a behind the line of scrimmage tackle from Mule defensive end Tanner Collupy.

On offense, the Mules gained 189 yards on the ground and 56 in the air. Rainier had 254 rushing yards and 31 passing. Carlson led the Mule runners with 99 yards; Dominic Curl gained 75 and Avalon added nine. Avalon completed three of nine passes for 56 yards, including a 47-yard touchdown play with Kyler Sause.