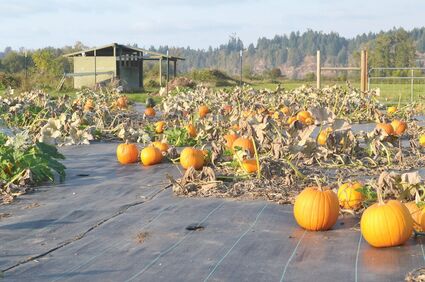 It was nearly closing time, and though the sun was still shining on a late Sunday afternoon, the air had started to cool. A grey tabby kitten stretched herself on a nearby tire before running over to say hello and accept a little admiration. As I wandered down the drive toward the back field, I heard little ones laughing as they played on a swing set nearby. Two of the Little Island Farm dogs rushed to join me, and we enjoyed a neighborly stroll for a minute or two, as I patted their heads and told them how good they were. Dan Tchozewski, conductor, greeted me in passing as he towed two youngsters on a train ride from the pumpkin patch to the farm stand. 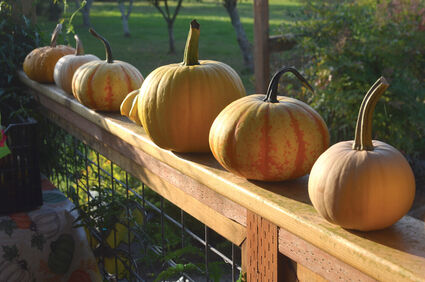 It was a lovely way to spend the hour, including chats with both Little Island Farm owners Kim and Mike Howell. The Little Island Pumpkin Patch and Fall Farm Stand, at 316 East Little Island Road, is open every Saturday and Sunday in October from 12 to 5 p.m. They have pumpkins, fall decor, apples and other local farm products, as well as train rides for the kids.