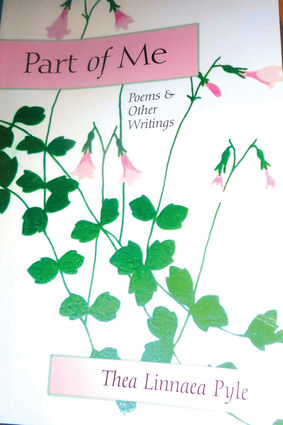 Vote! Voting is 100 percent effective and much more powerful than complaining, so vote!

If you read this early today, November 3, you can attend a Caregivers Discussion group offered for anyone interested in being part of a gathering for caregivers. It will be at the Naselle Clinic from 1-2. If you miss this one, call the clinic at (360) 484-7161 to get more information about any subsequent meetings. Also, today there is a high school volleyball game at home at 6 p.m. Then on November 5, Saturday, there will be a football game vs Tulalip Heritage at 3 p.m. Lots of sports going on locally, so go encourage our kids. Let's support our Comets!

Update on Grays River Habitat Enhancement District: We've hit another bump in the road for the district, stretching out the pattern of the past years showing little progress for the enhancement district. Thanks to Poul Toftemark, there has been ongoing work, but little participation from the public. Most past board members have resigned and finally Poul did himself, as well as Eddie Blaine, the two most recent members. Thanks to those two, the district had a board with a quorum so they could pay bills. Now, the new board has learned that the third member of the new group appointed by the county commissioners, does not "live on the map" so Andrea Vincent who lives on Hull Creek Road was disqualified. I have not heard much about the next steps, but the next meeting is scheduled for Wednesday, November 9 at 5:30 at Johnson Park. I hope we can have an updated map soon, so current information will be available.

Shoreline Management Plan: While attending the most recent planning commission meeting on October 27, it became apparent that the contact information for the west end of the county has not been updated. Dave Hicks, head of the planning department at the county, has made a strong effort to gain emails for local landowners so the meetings on the Shoreline Management Plan (SMP) will be sent out with notices of meetings regarding the current plan's revisions or changes. We are grateful to Dave for developing that email list. If you'd like to be added, send your email information to him at: hicksd@co.wahkiakum.wa.us. The next meeting of the commission where the SMP will be discussed will be on November 17 at 6 p.m., at the county courthouse. All information regarding the plan can be found on the county's website under the planning department section.

Naselle Youth Camp Meeting: Last Friday, a small group of staff and officials from the state's Department of Natural Resources (DNR) had a tour of the Naselle Youth Camp. Lisa Nelson, Naselle/GRV School Superintendent, was present and I arrived late due to short notice, but I did have a chance to talk with DNR folks who assured me no firm plans will develop until a program and budget are finalized and presented in a December 31 report to the Legislature. They indicated to me, they will most likely go forward with the Science Camp mentioned when the camp closed. Whether their proposal will be funded is up to the Legislature, so it will be several months before we learn more about the future of the camp.

Bob Pyle's new book: Bob Pyle, longtime resident of Swede Park in Grays River, has recently published a lovely new book of poems and short stories written by his wife, Thea Pyle, who died of cancer in 2013. Titled "Part of Me," I read it and cried with it myself, so I think it's a wonderful tribute to Thea. Everything about it is gentle, loving, and careful to honor Thea's gifts and deep interests in nature, art and writing. Her poems and stories are humorous at times and touching, every single one. The small book costs $15, so it's a nice choice for gifts in the holiday season. Books are available at Tsuga's Gallery, Redmen Hall and Appelo Archives Center.

Photo of the Week: Bob Pyle's book on Thea, his late wife with art by Thea and photos by David Lee Myers. The book's title, "Part of Me," is taken from the first poem in the book, titled "Reincarnation" by Thea Pyle, as follows:

On a warm September afternoon

the thorny arms of berry vines

give up their fragrant flesh and drop

now musty fruits, one by one

into the roadside, dust, and dry grasses.

Not to be wasted, these become

and the very dust itself over time.

but some do wait

in jars on my cupboard shelf,

or tucked beneath frozen crusts,

to become a part of me.

November 5: Prime Rib Dinner at Johnson Park is sold out.

November 6: Put your clocks back one hour.

November 19: American Legion Ladies will sponsor a bingo at Rosburg Hall at 6 p.m.