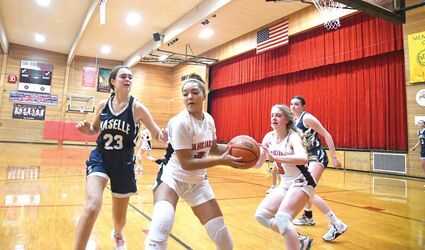 The Wahkiakum Mules girls basketball team is back to their old tricks with two wins after a season starting loss to Ilwaco.

Despite the 49-46 loss to Ilwaco Nov. 30, it was a good game, according to Coach Rob Garrett, marred by an "ice cold" third quarter, when the team only scored one point.

"We gave up too many second chance opportunities to Ilwaco in the long run," Garrett said. "I was really proud of the girls for battling back. We made a lot of good decisions down the stretch which ultimately led to an opportunity to tie it up and it just didn't go our way."

On Friday, Wahkiakum hosted their old rivals from Naselle and beat the Comets 58-38 to retain the KM trophy another year.

"I thought the team played really well together," he said. "Our rotation was great, especially being so early in the season. I thought it was a great team win with everyone working hard at their role."

On Monday, the team traveled to La Center, where they beat the Wildcats 47-38. 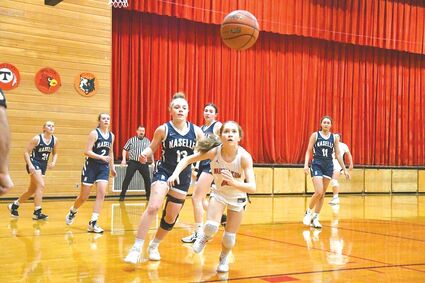 It was an ugly game, according to Garrett, and the Lady Mules were feeling a little beat up with sickness and injury.

"It wasn't what we like to see but we were happy to get out of there with a W," he said. "The highlight of the night was eighth grader Brie Cothren's buzzer beater at the end of the third to give us a big momentum boost heading into the fourth quarter."

The Lady Mules traveled to Napavine on Wednesday after The Eagle had gone to press. They travel to Onalaska on Friday and to Kalama next Wednesday.