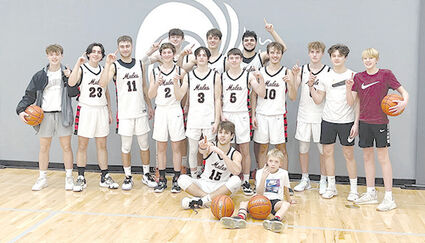 Sixty was the magic number for the Mule boys basketball team last week, when they won three games with that score and were named champions of a Christmas tournament at Mount Vernon Christian School.

Lummi Nation went into high gear in the final minutes on the Mules first night of competition, scoring 31 points in the fourth quarter, but it wasn't enough. The Mules managed to hold on for a 60-58 win.

The following night, Orcas Island gave the Mules a little more breathing room, and Wahkiakum came away with another win, 60-50.

With the title on the line, Wahkiakum handled Mossyrock easily on the final night of the tournament for a 60-42 win.

Regular season play resumes this week. The Mules travel to Morton/White Pass on Thursday and Winlock next Tuesday.