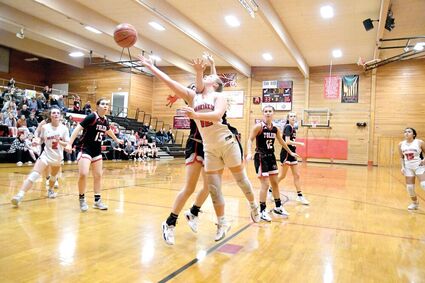 Last Wednesday, the team traveled to Rainier, where they lost 42-35.

"I was really happy with our defense most of the game," Coach Rob Garrett said. "Specifically, Bailey [McKinley] did a great job inside on Rainier's post and keeping her off the board. Our defense gave us a chance to be in the game. Unfortunately, we struggled to consistently score."

"Adna is just at a different place than we are currently and they took advantage of it," Garrett said. "Hopefully we can see what it takes to play at that level and make some improvements moving forward." 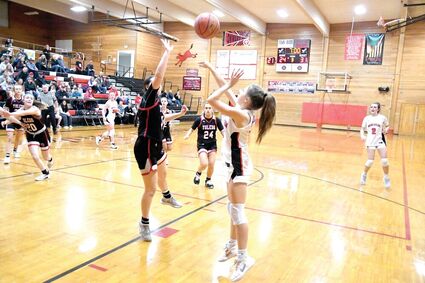 Lady Mule Jessie LeFever puts up a shot against Toledo.

On Tuesday, the Lady Mules lost a close game with Toledo 47-46.