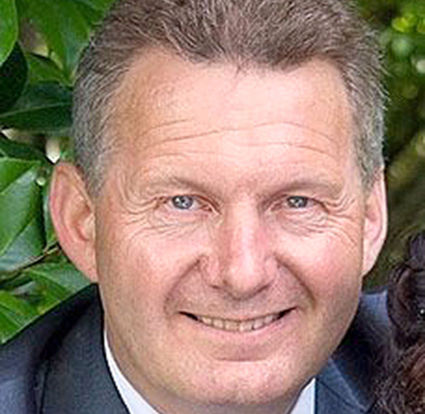 Michael Andrew Riley died August 24, 2016 at his home in Mt. Vernon. He was born January 18, 1961 in Longview, to Mary Lou and Larry Riley. He grew up in Cathlamet where he played football, basketball, and ran track at Wahkiakum High School, graduating with the class of 1980.

Mike married Marie Lovell in 1983 and together they had six children: Brittanie, Asheley, Andrue, Walker, Collan, and Connar. They returned to Cathlamet in 1999 and finished the raising of their children there, each of his children graduating from his alma mater.

Mike coached Cross Country and Track for Wahkiakum High School from 2001-2011. He inspired, taught, and shared his love of running to a countless number of athletes during his tenure. Mike's favorite pastimes included running, playing basketball, woodworking, home improvement projects, and being outdoors.

In 2014, Mike and Marie divorced, remaining friends, and in 2015, Mike married Augustina Cruz. In that marriage union he gained four children Hermes, Heidy, Leidy and Keidy.

A funeral service will be held at the LDS Chapel in Longview, 1721 30th Ave, on Friday, September 2 at 1:00 p.m. Any who would like to pay their respects are welcome to attend.