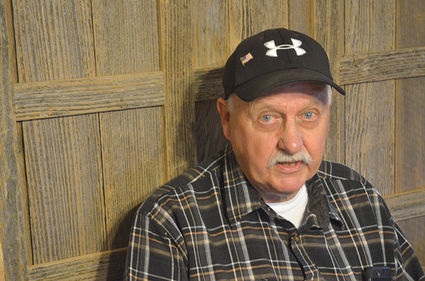 Bruce Holland is running against incumbent Scott Anderson for the Port 1 Commissioner 2 position.

Holland is a Wahkiakum High School graduate. At 17, he joined the Navy and served for three years, one month, and 17 days. He made two west Pacific cruises, traveling to Hawaii, Okinawa, Korea, Japan, The Philippines, and China. He also patrolled the South China Sea while stationed in Taiwan.

"That's pretty rough seas," Holland said. "We made one knot going against it. I loved it when it got rough because over half the crew was seasick. I wasn't, because I was raised on the water."

He also went to South America during the Cuban Crisis under the Kennedy administration.

"We escorted 100 ships down there and they went through the Panama Canal for the blockade," Holland said. "We were told to get our affairs in order ahead of time. They wouldn't tell us where we were going. I called home and my folks told me where we were going. They already knew, but we didn't."

He returned home and worked for Crown Zellerbach for two years. He spent five more years working in the logging business, while fishing in Alaska during the summer.

After that," he said, "I took up gillnetting and did that for the rest of my life."

In the off seasons he was a cook, first at the Duck Inn for Skamokawa Pete, then for the Grays River Inn, Jim's Cafe, and Jeannie's Place.

Holland has a lot of ideas, and that is what motivated him to run for port commissioner.

"There used to be a pier there," he said of the Elochoman Slough Marina. "I'd like to see them rebuild a pier that is maybe 30-40 feet long, with a gang plank down to a float. So when people are leaving the mooring basin and they forget something they don't have to run all the way back in or if they are coming in to pick somebody up, or if someone has a medical problem out there, they can run right to the float instead of coming the whole way in. It's easy access for the ambulance. Other people can sit out there and enjoy it or fish off the float."

He'd also like to see more parking, encourage the port in their pursuit of a vendor fair, and some covered moorage.

"Other mooring basins have it," Holland said. "I'm sure a lot of people would take the chance to put their boat under cover instead of leaving it out in the weather all winter."