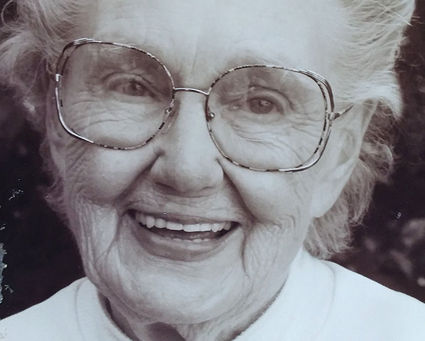 Ruby Forsberg Satterlund Cargo, age 97, was born in Yankton, Oregon, January, 30 1921 and died April, 17, 2018 at the Community Home Health and Hospice in Longview.

Ruby was one of four children born to Swedish immigrants that settled in Yankton. At the age of three, Ruby's father died in a logging accident. The family later moved to Grays River, where Ruby attended school and graduated from Naselle High in 1938. Ruby completed training at the St. Joseph School of Nursing in Seattle in 1942 and served in the US Navy as a registered nurse during World War II.

After the war, Ruby married Bert Satterlund who lived just across the river from her in Grays River. They moved to Portland where Ruby worked in several hospitals and realized her passion to work with the elderly. She eventually owned and operated her own nursing home. During this time Ruby divorced her husband and married John Cargo. They moved to the Longview area where she worked in Skilled Nursing Care Centers run by Emmet Koelsch.

When Home Health and Hospice opened in the early 70's, Ruby and Charlene Kissler were hired to inform and admit folks to this two bed center. Charlene was with Ruby in her last days of life at Hospice.

Ruby loved writing songs and poetry. She was an avid guitar player and organized many sing-a-longs for her retirement home where she moved when she became visually impaired.

A celebration of life will be held at Steele Longview Memorial, on Friday, June 1 at 12 p.m.