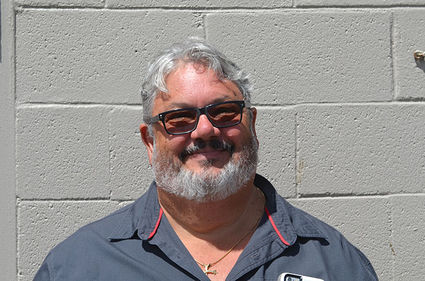 Assessor Bill Coons hopes education and experience will win him a third term.

Brian McClain has been visiting neighborhoods in Wahkiakum County and speaking to residents about their experiences with the assessors office.

"They are ready for change," McClain said. "They want to be able to understand what the county assessor job entails and how their property taxes are based off of what it is assigned to do."

McClain, who grew up in Wyoming and Montana, cites his 20 years working on nuclear weapons communications for the the US Navy as good preparation for the position of assessor. He spent a lot of time teaching and went to instructor school to qualify as a master instructor.

"Everything is incredible attention to detail and everything has to be perfect every single time," McClain said. "Not that I'm under any illusion I'll be perfect every time, but I'm man enough to stand up if I made a mistake and sit down and discuss it with them and say why this is different. I'd be conscientious about it."

"Market value is what someone is willing to pay for it, not what someone wants to sell it for," McClain said. "It is the amount that they agree on. And I don't think one incident establishes a trend. You need to do a little more data collection before an assessment is done."

"The hardest part of the assessor's job is to have comparative properties," he said. "A property on the island isn't going to have the same type of property value as one on Columbia Heights or Forest Heights or up the Elochoman Valley. It's looking at the different types of properties and what you can do with them, whether they can be developed or whether they are agricultural and figure out the proper way to assess them. Make sure they're done accurately. I want things to be equitable. If your house is 2,000 square feet and you have the same acreage and a similar set up as someone else in your area, the taxes should be equitable, they should be nearly the same if the condition of the place is the same. Right now that does not appear to be the way things seem to be done."

After retiring from the Navy, McClain went back to school and got a general Associates Degree from Lower Columbia College. He sometimes substitute teaches at the school or works on the ferry. He is a member of the Lions Club.

"I like the small sense of community," McClain said of Wahkiakum County. "I like how this community looks after each other. I like that when something happens they just step up and help somebody and they don't expect anything in return."

McClain does not have a real estate license, but says that it is not a requirement to hold the position of county assessor.

"There is no strict requirement by the state to have any qualifications," McClain said. "The state regulations state that they would prefer you to have a real estate license. It is not mandatory. Between now and January, there is a 133 page manual that lays down everything that you need to do. It's just a matter of studying that. During my instructor time, I reviewed manuals that were thousands of pages."

"There are waivers that you can get from the state assessor's office and there is a whole list they will count as experience, including military experience," he went on to say. "I'm going to apply for a waiver from them. If they don't agree with that, then I will have to get my real estate license. It's not rocket science, and that's what I used to do, so I'm confident I can do it."

McClain decided to run for office because he didn't like how he was treated when he had a question about the appraisal done on his property.

"The more I looked into it, the more unhappy I became with how things are getting done," he said. "I have my retirement, so I have enough money to pay my bills and keep a roof over my head whether I get up or not. I have an opportunity to do some public service. I have an opportunity to step up instead of just griping about it. I can make a difference and fix things. I'm a believer that customer service goes a long way. If a person has a question about why their taxes are the way they are, or why their appraisals are the way they are. they should be able to go to the assessor's office or the auditor's office and everything should be completely clear as to what is being taxed and why and how much."

"I'm not going to talk down to them, or make fun of them, or try to intimidate them," he said.

"The majority of complaints that I hear are based around customer service. They are less concerned about the values of their properties. They're concerned but they're usually not as upset about that as they are about not being able to get answers or being treated properly."

"I don't think that this is the right job for the assessor we have right now, to deal with the public and explain things to people. I don't believe that is one of his strong points."

As far as encumbered lands and the shoreline management board, he has some thoughts about change.

"The county is missing out on funds from timberland," he said, "but I think people are concerned about having to pay taxes on pieces of property they don't have any control over, whether it be pieces on the river, or the creeks, they don't have full use and they shouldn't have to pay full property tax on that. It may not be something we can change right away, but its something we can work on."

Photo and story by Diana Zimmerman

Bill Coons is running for a third term as Wahkiakum County Assessor.

Coons has a BS in electrical engineering and computer science. He began working for a high tech company soon after graduating and was promoted to a management position within the first year.

"I've been in management in one form or another ever since," Coons said, "managing people, managing managers. At the end of my career, I was an individual contributor, but I was managing sales throughout the world of service products."

Coons moved to Wahkiakum County in 1993. He continued to work in high tech, telecommuting for the first couple years. Then he retired and sailed to Mexico a couple times before coming to the conclusion that he wanted to do something else.

"I guess having bought and sold properties here and there," Coons said, "I was just interested in real estate. It was surprising that I had a passion for it. A lot of different aspects of real estate appealed to me. Part of it is the deal making, helping sellers sell their home, and helping buyers find a place to live.

"When I moved here in 1993, I knew this was home. It was easy to sell the product. The product being Wahkiakum County real estate. I believed in Wahkiakum County, the natural beauty, the people. The people are a major factor for me."

Coons became a realtor. He took classes and was became qualified in the state of Washington. In 2006, he said, he began working for Kay Cochran at Lower Columbia Realty.

In 2009, he completed studies to become a managing broker.

While he was a chair on the Board of Equalization, he had access to Department of Revenue training, and he took advantage of it. He got certified as a property tax appraiser, taking a basic class IAAO 101. He also took a "very esoteric ratio studies workshop" which he says has served him well, and a class on the fundamentals of the assessor's office, to get a basic understanding of the functions of the office.

Kay Cochran, a former county assessor, encouraged him to run for assessor but warned him it wouldn't be easy.

"I understand the importance of what we are doing," he continued. "We are basically spreading the tax burden fairly across the tax payers. It is important that we do that consistently so that some people aren't getting special treatment and some people are overburdened."

"I feel like I have figured things out, though the legislature does throw curves at us," Coons said. "We're only getting better at figuring out why people pay all this money for real estate here. Real estate here is going nuts. Regular old homes are now well and truly in the $200-300,000 realm, and fancier properties with waterfront are $300-400,000. You don't want to let that drive the values of less desirable properties, but you want to be able to figure out who is going to command the big bucks and who isn't."

"I figure that the people in Wahkiakum County deserve another four years of competent tax administration," he said. "You are administering all the laws, whether you like them or not. You are not there to make policy, to make law. You are there as an executive to administer it. I believe there is a reason there are 39 elected assessors throughout the state of Washington. They are meant to be responsible and responsive to the people who elected them and understand the local needs. I understand what people are doing with timber, with farming. It might be completely different if we lived on the east side. I know what goes on in Wahkiakum County in terms of real estate and what people do with land."

Coons pointed to last year when he and County Treasurer Tammy Peterson notified residents that there were exemptions to the new state school levy available to qualifying seniors.

"I think people really took to heart what Tammy and I sent out with the tax bills last year," he said. "A lot of people came in."

Coons said that he has become increasingly cautious with evaluation. 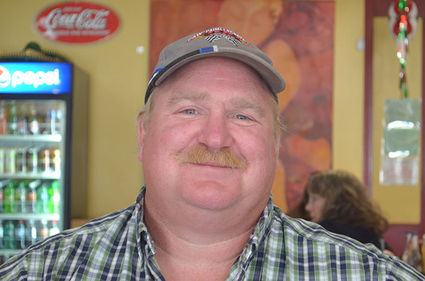 Brian McClain would like to bring customer service to the assessor's office.

"By being very conservative and shooting for an assessed value of 85 percent instead of 95 percent like I'd done previously, the likelihood is that fewer people are overvalued. The law says 100 percent and I understand that, but I know that we're in this market that is just causing values to be all over the place. I feel it behooves me to be extra conservative, so more people are at 100 percent or below. I'd rather that than have people be at 100 percent and above."

Finally, he noted that he was interested in upholding people's property rights.

"People come here and they are pleased with the planning process, how easy it is to work through, to do something with their land and achieve their dreams. There are a lot of forces out there in the world that wants to make the county more like the urban areas. I don't think that is appropriate here," Coons said.