October 22 — 9:58 a.m. The Grays River ambulance aided a Grays River resident who was having a seizure. 1:57 p.m. A caller reported that a youth had been assaulted at a home in the Rosburg area. 3:36 p.m. The Cathlamet ambulance transported a clinic patient who had lost consciousness to the hospital. 4:21 p.m. A welfare check was requested for a Rosburg resident. 7:03 p.m. The Grays River Fire Department responded to the report of a brush fire in the Rosburg area. 7:28 p.m. A Puget Island resident reported that he had been receiving death threats from a family member with mental health issues and a concealed carry permit.

October 23 — 3:50 a.m. Two suspicious people were seen walking on Messinger Hill Road. They were both wearing hoodies and one was carrying a stick. A deputy was unable to locate the pair. 2:57 p.m. A caller reported a deceased deer along the side of SR 4 in the Deep River area. 3:50 p.m. Abuse was reported at a Puget Island home. 6:11 p.m. The sheriff’s office was asked to be on the lookout for a maroon truck involved in a hit and run in Long Beach. 7:56 p.m. The Cathlamet ambulance aided an Elochoman Valley resident who had lost consciousness. 11:22 p.m. A Rosedale resident asked for assistance in removing an individual who would not leave from the home. A deputy responded.

October 24 — 8:22 a.m. A cow was loose and on a Rosburg road. The owner was notified. 5:22 p.m. The Grays River Fire Department responded to the report of a live electric wire on Altoona/Pillar Rock Road. The PUD was notified. 11:55 p.m. An erratic driver was reported on SR 4 in the Grays River area.

October 25 — 12:06p.m. An unknown person left a large garbage bag on a Cathlamet lawn. 12:27 p.m. The Cathlamet ambulance aided an individual who had fallen in Cathlamet and sustained an injury to his leg. 1:29 p.m. A couple living in a trailer on a Puget Island property reported that a hose/gray water line had allegedly been vandalized by their landlord. They planned to move soon. 2:00 p.m. A Rosdale resident reported fraudulent activity to his bank account by a known subject. 2:55 p.m.The Cathlamet ambulance aided a Cathlamet resident. 3:22 p.m. A caller asserted that horses were being neglected at a Puget Island residence. A veterinarian visited and said that a farrier was needed. The owner said she needed four weeks to get it taken care of, and a deputy said he would be back to make sure it had been done. 5:40 p.m. A caller reported that a transformer in the Alger Creek area was emitting smoke.

October 26 — 2:34 a.m. The District 4 Fire Department responded when a tree fell on power lines in the Beaver Creek area. The PUD was notified. 9:07 a.m. A tree had fallen and was blocking one lane of SR 4 in the Grays River area. 10:36 a.m. A welfare check was requested for a Puget Island resident. 7:26 p.m. Deputies responded when a caller reported that an unknown individual was trying to enter a home on Greenwood Road.

October 28 —1:47 a.m. The Cathlamet ambulance aided a Puget Island resident complaining of abdominal pain. 11:10 a.m. A caller reported an injured deer in a ditch along SR 4 in the Rosedale area. 5:48 p.m. A caller requested a welfare check on a woman standing on Columbia Street with a dog. The woman was clearly upset. 6:17 p.m. Callers reported that an individual had returned to the trailer park despite being trespassed. 6:33 p.m. A welfare check was requested for a Skamokawa resident. 7:07 p.m. A caller complained about two dogs running loose on Puget Island. 8:18 p.m. A driver was taken into custody after failing a field sobriety test. 8:29 p.m. A caller reported a speeding driver on a Puget Island road.

October 29 — 9:08 a.m. The Puget Island Fire Department responded to the report of a brush fire on Puget Island. 9:31 p.m. The Cathlamet ambulance aided a Puget Island resident complaining of lethargy. 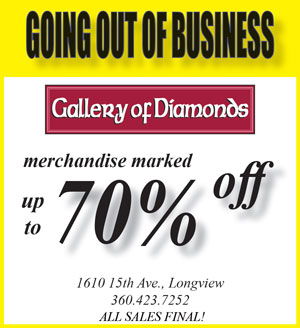