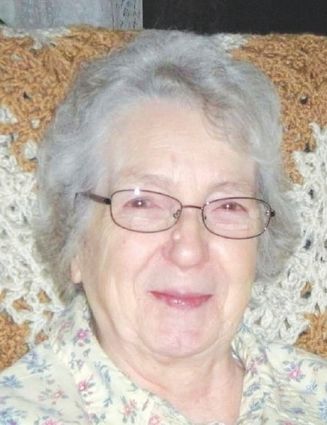 She received a basic education in a one-room schoolhouse and was raised in the Baptist Church.

She married Bill Owen on October 11, 1952. In 1961 they moved to Cathlamet where they lived until 1992. While living in Cathlamet, Nancy was a caregiver for many local children and is lovingly remembered by them as a great cook and baker who gave TLC to every child. Her children’s friends were always included in meals and a place to sleep if needed.

In 1992 Bill and Nancy moved to Toledo and in 1999 they settled in Castle Rock. Nancy was a loving wife and mom who enjoyed entertaining, gardening, canning and crocheting.

She was preceded by her husband Bill in 2009, three sons Robert, David and Travis Owen, three brothers Vernon, Stanford and Leo Shelton, a sister Cleo and grandson Joby Bjorge.

A funeral service will be held on Friday, January 11 at 11 a.m., at St. James Episcopal Church in Cathlamet with interment to follow at Greenwood Cemetery in Cathlamet. Donations in Nancy’s name may be made to Community Hospice or a children’s charity. Dowling Funeral Home is in charge of arrangements.