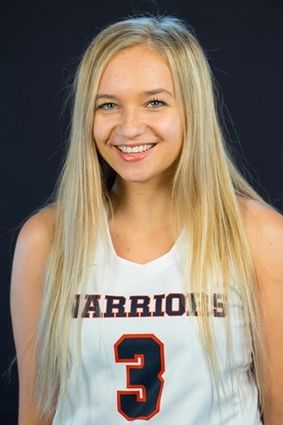 Wahkiakum alum Peyton Souvenir, a sophomore guard for the Lewis and Clark State College women's basketball team, was slowed down but not stopped by some knee issues this season. She missed a bit of preseason training and some early games but after cortisone shots, special knee braces, and intense and ongoing physical therapy, Souvenir is working on finding her groove again.

Souvenir has played in 28 games this season, averaging 19.3 minutes, 5.6 points per game, and 3.2 assists per game. She scored a season high 14 points in a game against Montana Tech.

She made the All Conference Academic Team and the Dean's List while taking 20 credits. Souvenir is majoring in English and working on a minor in Spanish.

Souvenir is the daughter of Kristen and Todd Souvenir of Cathlamet.