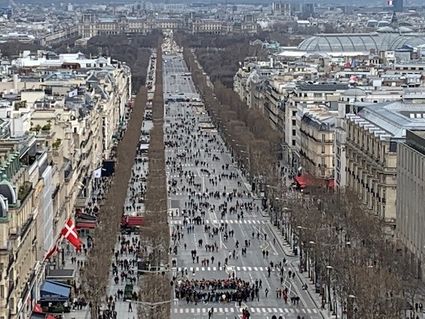 PARIS, France (March 3) -- Cathlamet resident Jim Kolberg encountered some of the turmoil in France last weekend as he visited Paris. He offered this report and photo: 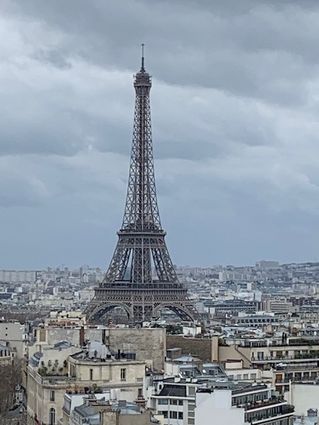 "I was listening to ‘Bassam,’ an old friend and bar owner in Paris, tell me a story. His 92-year-old father had died in October, and Bassam went to visit his family. He flew to Beirut, Lebanon then hired a taxi for US $350 to drive him to Damascus, Syria. As he was describing the five major security stops on the route to Damascus, we heard the massive sound of French police coming our way. The significance of the bar’s street is not it’s width, but it’s length--one of the longest streets in Paris. A battalion of French riot police were on their way to battle. Numbers of water cannon trucks and large ‘Rhino’ personnel carriers kept streaming past the Cafe Neckor, where the Horse/trotter race gambling in the bar stopped for minutes.

"The ‘Yellow Vests,’ thought to be far-right and anarchists, numbering perhaps 10 to 15 times the population of Wahkiakum County, were burning cars and smashing windows on the Avenue des Champs-Elysées.

"On Sunday, here's the view of the Champs-Elysées from the top of the Arc de Triomphe. Fires put out, many in jail, many injured, and riot police, wearing exoskeleton battle suits, on standby.

"And the Eiffel Tower looks on."