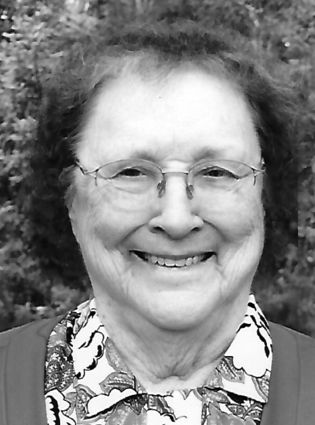 Earlene E. Mattson, 90, a lifelong resident of Naselle, died in Astoria on May 13, 2019. Born January 16, 1929 in Naselle she was the daughter of Arthur and Elizabeth (Oman) Anderson, both of Finnish ancestry. Earlene grew up on the family farm in Naselle, attended Naselle schools, and graduated from Naselle High with the class of 1947.

On December 26, 1947 she married Floyd Mattson and they established their residence in Naselle. Earlene became a wife, homemaker and mother. For a number of years she was employed as a clerk at Appelo's Store in Naselle. Earlene was a faithful member of the Community Congregational Church of Naselle, active there with the Martha's Circle and Friday Club.

Earlene was an avid fan of her beloved Gonzaga University Bulldogs basketball team. In addition over the years she followed both her children and grandchildren's various events, enjoyed crossword puzzles and doted over her rhododendrons. In past years she also volunteered at the annual American Legion Smorgasbord.

Memorial service will be Saturday, May 25th, 2019, 3:00 PM at the Community Congregational Church of Naselle with a reception following. Private family committal service at Peaceful Hill Cemetery. Memorials are requested to the Peaceful Cemetery Association, in care of Penttila's Chapel, PO Box417, Long Beach, Washington 98631. Her guest book is available at http://www.penttilaschapel.com.