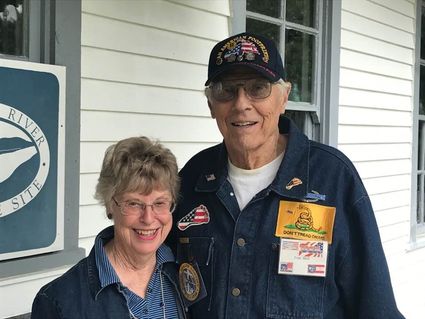 The demographics of both Wahkiakum and Pacific Counties have indicated a rise in people moving into the area who are not familiar with the history or customs of the area. The names of roads and towns are peculiar and unfamiliar. Then they enter a quaint little town in Pacific County called Naselle. What kind of name is that? Is it Finnish because of the amount of Finns who were the early pioneers of the area? All kinds of conjecture and speculation come to their mind. I was no different, but as a historian, my quest for knowledge led me to the right people who would guide me in my quest and to them I am grateful.

Naselle is a Chinook word that means "hidden." The Chinook speaking people who first lived in the area named it because of its remoteness and difficulty in getting to the area from Willapa marshes. Naselle has variants in spelling and pronunciation over the many decades of its existence but did not get its official name until May 19, 1920, and the first post office was established and adopted the spelling for their post marks.

Finnish immigration was at its zenith during the years 1870-1930, known as the Great Migration of Finns into North America. From 1890 to 1914, more than 200,000 Finnish people immigrated to the United States. In the 1880's there was an anti-Finnish policy of the Russian government that was one of the factors that led to the Great Migration.

Immigrants coming to Pacific and Wahkiakum counties took their passage on boats coming from Portland or Astoria. They crossed the Columbia River to the north shore and landed at Wilme's Landing and from there they followed the old Chinook trails through the woods to a homestead. The Finnish families' descendants clung to their family homes and the lands of their immigrant parents and in doing so they have retained the language and much of the Finnish culture. This is why Naselle has a strong Finnish essence.

Some residents of Naselle have traced the route their parents or grandparents made coming from Finland. One particular place of entry was the Columbia River Quarantine Station established in 1899 at Knappton Cove. Because of communicable disease concerns, the United States government purchased the cannery and converted the buildings as a public health station. It officially closed down in 1938. In 1950 Clarence and Katherine Bell bought the property for $5,000 to establish a fishing camp which included all the buildings with 17 acres of tideland and five acres of dry land.

In 1994 the property was subdivided by family members and in 1995 the Knappton Cove Heritage Center was established in the Lazaretto Building with Katherine Bell Anderson as the director and her older brother offers his assistance. The Knappton Cove Heritage Center is located at 521 State Route 401 Naselle, but is closer to the Astoria-Megler Bridge. They are open weekends July-September, 12-4 p.m. For more information phone: 1-503-738-5206 or e-mail: knapptoncove@gmail.com.

Part of my inspiration came to me from many of the local people of the area such as Mike and Barbara Swanson. Mike initially helped me with one of my first stories concerning the Rosburg Store. Both Mike and Barb also showed me what great hosts they were in their work with the Finnish/American Folk Festival and the Naselle Community Center. I would also like to thank the ladies at the Appelo Archives for their help whenever I was doing research. A special thanks to Anita Raistakka for her constant efforts with me in gathering factual documentation. Most importantly I want to thank the loyal readers of The Wahkiakum County Eagle who have come to me with their comments and suggestions. Your inspiration motivates the best in me. Thank you.

Just a reminder not to forget the Wahkiakum Lions Club will have strawberries available. The berries have no sugar. There will be order forms in Cathlamet stores, Naselle Grocery and One Stop and on Facebook as well as in The Wahkiakum Eagle. 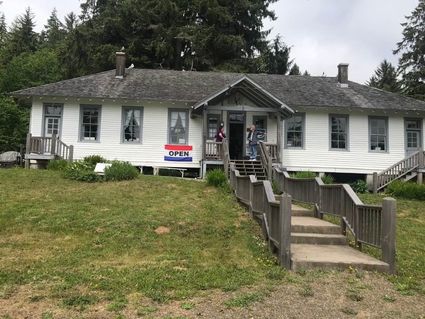 This is an opportunity to get out and meet the community and have some fun. Set your calendar for June 25, 5-7p.m., for all ages to the annual Community Picnic and Potluck at the Naselle Timberland Library at 4 Parpala Road in Naselle. Hamburgers, hotdogs, and chips provided. Bring a dish to share and a chair or blanket to sit on. Participate in a silent auction in the library from June 4 to June 25, sponsored by the Friends of the Naselle Timberland Library and generously supported by Okie's Select and Johnson's One Stop.