WHS Class of 2019 will graduate this Friday 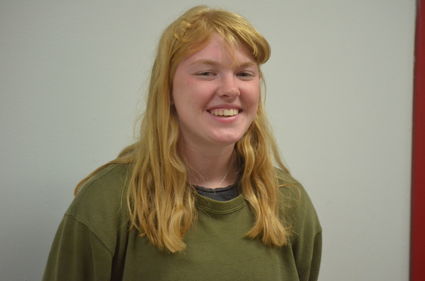 Wahkiakum High School will hold a commencement ceremony on Friday, 7 p.m., in the school gymnasium for the class of 2019.

Ellie Leitz, the valedictorian for the Class of 2019, will graduate from Wahkiakum High School on Friday with a 4.0 GPA.

“Lofty goals” are what got her there, and it will likely take her to even more interesting places, since she already knows about the kind of hard work, flexibility, and gratitude it takes to make dreams come true.

“I have high expectations for myself and I always set lofty goals,” Leitz said. “Even in middle school I knew I wanted to graduate with a 4.0, but my parents also expected me to get good grades.”

“I had two goals for high school,” Leitz said. “I wanted to get into Stanford and I wanted to win a basketball state championship. I didn’t get either one. I was really upset about it for a long time, but I realized that because those goals were so high, I worked really hard to get close to them and I got good things out of it. That’s probably why I got into UW, because I wanted something better. And with basketball, it was always our goal to win a state championship so we got so much more success from that. Those goals taught me how to work hard for what I wanted and see the big picture. Even if you don’t get your main goal, you can get good things out of it.”

Leitz plans to major in Law, Societies, and Justice and environmental science at the University of Washington.

The first major is unique to UW and “is a mixture of political science, criminal justice, and civil rights,” Leitz said. “I want to go to law school, so it is a good way to get into that. You have to do an internship, so you might work with a government agency or something like that. There are classes you can take where you can visit prisons and do outreach, which I think is really interesting.”

In the long term she would like to be an environmental protection lawyer or a civil rights lawyer, two issues she feels passionately about.

She likes all her teachers, but Audrey Petterson, who teaches English, stands out.

“She’s so dedicated to her work, she worked hard to push me and others to improve,” Leitz said. “I learned so much from her.”

“But we have the best teachers here,” Leitz added. “I’m going to miss all of them.”

She learned a lot about character, how to be a good person, and how to work hard while spending time at practice with her basketball coach, Rob Garrett.

“I learned so much about myself as a player but as a person from him,” Leitz said.

Leitz participated in three sports a year, excelling in volleyball, basketball, and track. She was co-president of the ASB with Charlie Ashe, active in Key Club and leadership.

She likes to read, hike, bike, and spend time outside with her family.

“That’s also why I want to study environmental science,” Leitz said. “I love being outside. In my family, being outside is a big deal and really big part of our time together.”

Ellie is the daughter of Steven and Stephanie Leitz.

Charlie Ashe, the salutatorian for Wahkiakum High School’s Class of 2019, is graduating with a 3.95 GPA.

Ashe attributes her good grades to good friends, who challenged her to do her best academically. She has kept busy these past four years, sometimes biting off more than she can chew, as they say, but definitely having fun.

This became clear as she listed off activities.

An athlete, she played volleyball, basketball, and participated in track all four years. She will continue playing basketball when she attends South Puget Sound Community College next year, where she plans to get an associate’s degree in business before transferring to Eastern Washington.

She’s always wanted to be a dentist, and one day hopes to open her own office. But right now, she seems open to other possibilities.

Ashe was the Key Club President this year, and co-president of the ASB with Ellie Leitz. She was also co-homecoming queen with Macie Elliott.

“I’m co-everything,” Ashe laughed. “That’s okay. I like sharing it.”

It helps that Leitz and Elliott are two of her three best friends. Mckensi Fluckiger, or Kenny as they call her, is her other best friend.

They’ve been inseparable since preschool. If you ask Ashe what she’s going to do this summer, it includes making the most of the time they have left together before they all go their separate ways for the first time. 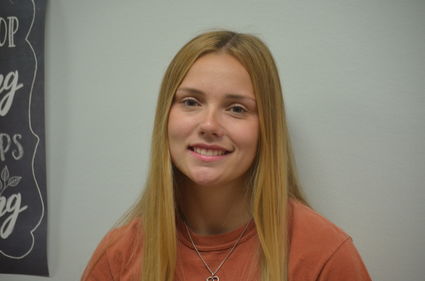 That and life-guarding at the pool.

And finishing the yearbook. She volunteered for that too.

Don’t ask for a favorite teacher. She doesn’t have one.

“I love them all.” Ashe said. “I have a good relationship with all of them, in different ways.”

But English is a favorite subject, and she excels in it.

“It’s easier to get a good grade in something you enjoy,” Ashe remarked. “I enjoy it the most.”

She likes writing essays, and has even discovered a love for writing poetry.

Ashe also participated in leadership, and was a member of the National Honor Society.

Charlie is the daughter of Danny and Linda Ashe.