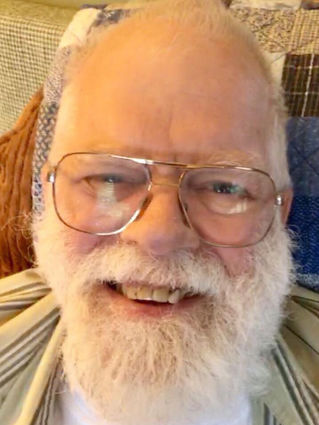 His family has more to say about him.

John was born on July 28, 1953 to Victor and Audrey (Moonen) Anderson in Longview at the old Cowlitz General Hospital. He went home and was greeted by his sisters Vickie and Susan. He was raised in Skamokawa, graduating from Wahkiakum High in 1971. John worked in the logging industry, mainly in Wahkiakum county until injury forced a career change. His last employment was with Tritex Oil in Castle Rock as an accounts receivable clerk.

In 1986, he married Robin (Pierce). They joined their family of four children and settled in Kelso.

On May 20, 2019 John passed away as he had wished: at home with his wife by his side. He is survived by his wife, Robin; his four children Heidi (Eyron), Hillari (Brent), Elisa (Chad) and Warren (Jessica); 14 grandchildren and seven great grandchildren. He is also survived by his sister Vickie (Dennis) and brother Rick (Michelle); nieces, nephews, great nieces and great nephews.

He was preceded in death by his parents, his sister, grandparents and aunts and uncles.

His remains were donated to Science Care.

A celebration of his life will be held on his birthday. If you are interested in attending, please contact a family member for further details. In lieu of flowers, please consider a donation to the American Diabetes Association, American Heart Foundation or the Kidney Foundation.