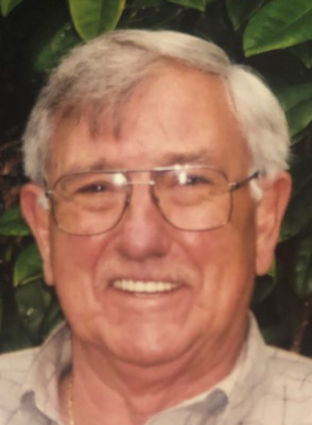 Roger Nelson Davis was born June 5, 1930 in Stanton Texas, to Grace Maxine Nelson Davis, and Mike (Tex) Davis. At six weeks of age, Roger and his parents moved to Kelso Washington, which had previously been his parents' home. Roger lived in Kelso for the first five years of life, until the untimely death of his father in 1935. Roger, his mother, and brother Nathan, then moved to his grandparents and great grandparent's farm on Clark Creek Road in Longview. In his early teens, Roger's mother, Maxine, married Ray Robinson and they all moved to Cathlamet, where he attended and graduated from Wahkiakum High School.

After high school, Roger moved back to Longview to work. It was there he met Caroline Jean Wolters. Roger and Carol married in 1951 and had three children, Deby, Alan, and Jan. Roger and Carol lived in Longview until the children were grown. In 1974 they moved to Cathlamet where Roger built the home where he lived until the day he died.

In his early years, Roger worked on the Columbia River, tying log rafts and working on booms. He then worked for Weyerhaeuser for a period of time and in 1961 he began his career as a home builder. He built many beautiful homes in Cowlitz County and even more in Wahkiakum County. After retiring from house building, he and Carol began working at a gold mine in Alaska for Morris Wolters and Alaska Adventures. During that time, he also became a Restaurant owner, and took on the name "Paw Birnie" as the restaurant was named Birnie's Retreat.

Carol became sick with cancer in 1996 and died in 1998. Roger took care of Carol during her illness every step of the way. After Carol's death, he began a relationship with Nova McNally and the two spent many years together before Nova became sick and died. Roger also took care of Nova for the majority of time while she was ill, until near the end of her life. The past few years, Roger has had a close relationship with Maureen Zacher.

Roger's favorite thing to do was to spend time with his family and friends. He would do anything, at any time, for them. Many times, he said that the happiest time in his life was enjoying his grandchildren, and especially Pride, Roger, and Harmony, as they spent their growing up years living next door to him. He spent a significant amount of time with them at his house, at school events, fishing with them, hiking up to the springs, working on the timber property, and gardening. The kids enjoyed spending time with him no matter what he was doing, and he seemed to be their constant companion. Roger was the same with his friends. Many of his friends today comment "he was just like a dad to me."

Roger loved his home and his home was his life. His home included much more than a house, it was his gardens, fruit trees, fishing holes, boat, water system, and his family and friends, who were always welcome. He loved to vegetable garden, anything he could grow, and especially corn, beans and tomatoes. He loved to harvest his crops and distribute the goods around town. He also enjoyed canning his fruits, vegetables and berries, and it was his ritual to hand a jar of jam or salsa to whomever he met.

Roger also deeply loved the river, fishing, boating and going to the river, or simply just listening to it. Cutting firewood was also a favorite activity. In his younger years, Roger loved to dance. He loved beach combing, taking road trips, and animals, especially horses.