August 26 – 12:12 a.m. A driver was taken into custody following a vehicle stop. 10:16 a.m. A caller reported that a possible drunk driver had stopped his vehicle and was walking to a nearby gas station in Rosedale with a gas can. 10:34 a.m. A caller reported that a motor home had been left in a parking lot in Cathlamet without permission. 10:44 a.m. A former Skamokawa resident reported a stolen firearm. He said it had been left at his last home. He did not have access to the residence as he was the subject of a restraining order and he did not want to get in trouble as he had been ordered to surrender his weapons. 1:16 p.m. A deputy was asked to accompany someone from Health and Human services after they became concerned about an individual who had been threatened in an Elochoman Valley home. 7:33 p.m. A caller reported a lost wallet. 9:08 p.m. A driver was cited for not having insurance.

August 28 – 2:44 a.m. The Cathlamet ambulance aided an ailing Flandersville resident. 4:23 a.m. An alarm was activated at a Cathlamet home. A deputy responded and found everything secure. 6:36 p.m. An individual visiting Hornstra Beach said that a woman had opened his truck door. He wasn’t sure if she had taken anything. She told him to leave, and said it was private property. 8:06 p.m. A caller reported a possible leak in the water line near her Cathlamet home. The Town of Cathlamet was notified. They investigated and said they would fix the leak the following day. 8:20 p.m. A motorist heading west on SR 4 reported that they had been following a possible drunk driver who had turned onto Mill Creek Road. Authorities in Cowlitz County were notified.

August 30 – 12:25 a.m. A caller reported hearing an alarm at the marina in Cathlamet. 12:26 a.m. An alarm was activated at the marina. A deputy and state patrol responded but the alarm could no longer be heard and everything seemed to be secure. 12:18 p.m. A Grays River resident reported a suspicious man walking in the area, carrying a computer and saying he was from the census bureau. He was unable to provide identification. 3:33 p.m. A caller reported a possible drunk driver at the marina. A deputy followed the vehicle and did not see any signs of intoxication. 6:19 p.m. A caller reported that the driver of a semi was speeding and had passed several cars on SR 4 in the Deep River area. 6:24 p.m. A driver was cited for speed. 7:06 p.m. A caller reported that he was being harassed by a former spouse. 7:16 p.m. A driver was cited for not having insurance. 8:46 p.m. A Little Cape Horn resident came home to find his front door open, loud music playing, and the light on in his boat shed. 10:32 p.m. A Puget Island resident said that a neighbor’s dog barked constantly. 10:49 p.m. A caller reported seeing flashlights and several cars parked in the clinic’s parking lot.

August 31 – 5:26 a.m. A caller reported that the traffic cones that were usually in the center line of the Puget Island bridge were all over the southbound lane. A second call about the matter came in at 10:29 a.m. 8:49 a.m. A caller reported a speeding vehicle on a Deep River road. 10:46 a.m. The Grays River ambulance responded to a Deep River home after a toddler fell. Transport to the hospital was refused. 12:45 p.m. A welfare check was requested for a couple at a Rosedale home. 2:47 p.m. A caller reported a possible drunk driver at the marina. A deputy responded and saw no signs of intoxication. 4:16 p.m. The District 4 Fire Department responded when a caller reported a brush fire along SR 4 on the east side of the county. 6:11 p.m. A caller was concerned about some suspicious activity in the Rosburg area, including gunfire after dark, a growing trash pile, speeding vehicles and trees being cut down along the Columbia River. 6:59 p.m. A driver was cited for speed. 8:52 p.m. The Grays River ambulance aided a Deep River resident with respiratory issues. 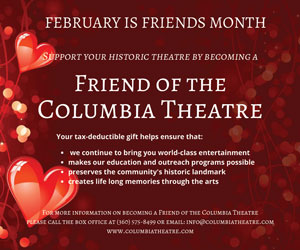