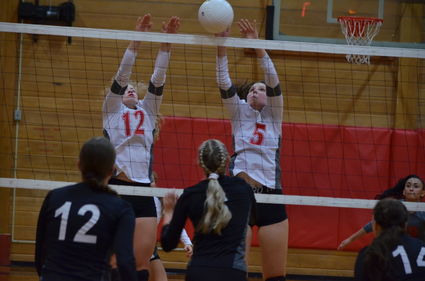 The Wahkiakum Mules volleyball team split matches this week with a win on the road and a loss at home.

Last Thursday, the Lady Mules traveled to Morton/White Pass for a non-league match. They beat the Timberwolves in four sets.

"My girls came out strong tonight in the first set with tons of fire and aggressive serving," Coach Kayli Hurley said. "We had a little hiccup in set two with too many unforced errors, but turned it around in sets three and four." 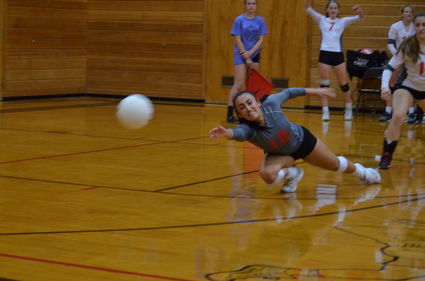 "It was a roller coaster of a match with both teams having some highs and lows," Coach Hurley said.

"Napavine did a great job at outlasting and putting aggressive balls over the net consistently. On our side we suffered from too many unforced errors; however, it was a great learning match for us."

Merz had 12 kills. Jordyn Watson had 10 digs and seven aces. Schultz had two kills and two blocks. Carlson had 10 assists and 10 digs. Neves had 14 digs.

"My bench was on fire with energy tonight," Coach Hurley said. "Our bench is invaluable. Shout out to you Aubrie Montgomery!"

The Lady Mules travel to Onalaska this evening (Thursday). The varsity team will head to Longview on Saturday to face Mark Morris. On Tuesday, they host Morton/White Pass.