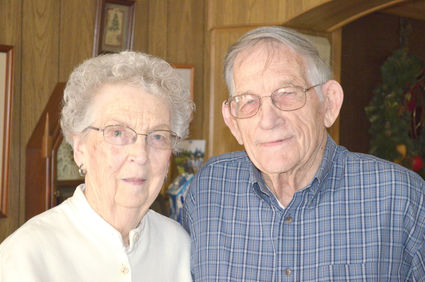 Cathlamet resident Tom Irving may be nearly 97 years old, but he isn't letting that stop him. Irving is headed to Washington D.C. this month along with the Puget Sound Honor Flight.

"You're as young as you feel," Irving said. "It's a once in a lifetime trip."

The Puget Sound Honor Flight is a nonprofit organization that sends veterans of World War II, the Korean War, and the Vietnam War to D.C. twice in the spring and twice in the fall, to give them an opportunity to visit the memorials in our nation's capitol and witness the Changing of the Guard at Arlington National Cemetery.

Irving served in the Army's Sixth Infantry Division during WWII, moving through the South Pacific from New Guinea to the Philippines.

He is allowed to bring someone along, and will be escorted by his youngest daughter, Kristie Moore.

It was after talking with a friend at the Wahkiakum County Fair about the Honor Flight, that Irving got fired up about the opportunity, according to Moore.

WWII veterans are a priority for the organization, according to their website, so when a cancellation opened up a spot for the October trip, they took it.

Watch this space. Pictures and a story are promised.