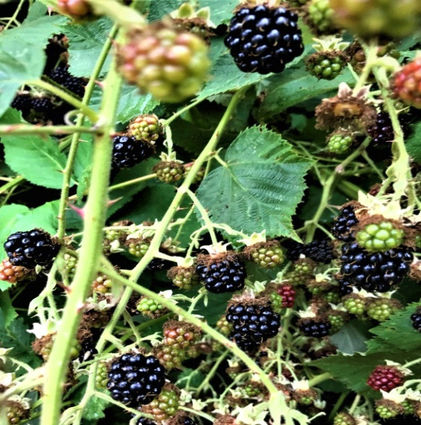 The Berries that Changed History

We live in an area that appears to remain unchanged as we go about our daily activities traveling the area. We have a tendency to take for granted what we see around us. Did you ever wonder how certain plants got here that you know were not indigenous to the area? Some blackberries are native to the area and some are from foreign sources. In Wahkiakum and Pacific counties blackberries are as much a part of the view as the Columbia River, these twisting brambles are so abundant, and are as likely to annoy farmers as appreciate them. To some there's a better blackberry. It's a native plant called Rubus ursinus known as the trailing blackberry, the wild mountain blackberry, the Pacific blackberry or the Northwest dewberry. It is much smaller than the Himalayan variety and not as bland and don't forget the famous local Marionberry. It is another type of blackberry.

The Himalaya Blackberry is one of the best known plants in the area. We see it as the common blackberry. It is the most familiar wild fruit west of the Cascades, and people don't mind harvesting blackberries instead of other wild edibles. The plant is distinguished by its luscious black berries in late summer and sharp thorns. It can be a major weed. In King County the Himalayan Blackberry is a considered a Class C noxious weed that control is recommended but not required because it is so widespread. Native vegetation is choked-out by the invasive bramble.

Long before Europeans arrived west of the Cascades, the Native Americans harvested and ate local berries such as salmonberries, thimbleberries, trailing blackberries, and blackcap raspberries. In Santa Rosa California on his experimental farm without formal training Luther Burbank introduced the Rubus Armeniacus, also known as the Himalaya Blackberry in 1885. He exchanged seeds with a supplier in India and named the best of his seedlings 'Himalaya Giant' to honor its origin, although it's actually believed to be from Armenia. His new hybrid was released and has made it thoroughly wild on the West Coast in northern California well into British Columbia as the berries spread by birds. It was Burbank's hopes that his new blackberry would allow people to easily grow delicious fruit in their own backyards, yet little did he know that his berry would change history as it methodically encroaches into new territory.

The local famous marionberry was developed and bred by George F. Waldo working with the USDA Agricultural Research Service at Oregon State University in Corvallis, Ore. His breed was a mix between the small 'Chehalem' berry and the larger 'Olallie' berry, which both berries are hybrids, as well. Waldo made the hybrid in 1945 and tested it in Marion County and in the Willamette Valley. The berry was out to the public in 1956 under the name marionberry, after the county where it was tested extensively. Over 90% of current production of the 28 to 33 million pounds annually in Oregon comes from Marion County and the Willamette Valley. A single acre produces up to six tons at harvest, and this is mainly due to the marionberry adapting to the maritime climate with its mild rains and warm summers. The berries ripen beginning in late spring and early summer and are typically harvested between July 10 and August 10.

Some of the benefits of eating blackberries are vitamin C, a good source of fiber, antioxidants, vitamin K, vitamin A, and brain functioning. One hundred grams of blackberries contains 35% of the recommended daily allowance (RDA) of vitamin C. Humans are unable to synthesize their own vitamin C, so it is essential to include it as part of a healthy diet.

Also 100g of blackberries contains 14 percent of the RDA of fiber. Fiber is a type of carbohydrate that the body cannot break down into smaller, sugar molecules, as it does with other carbs. Fiber plays a crucial role in regulating blood sugar levels and sugar consumption. The soluble fiber in blackberries dissolves in water, and it helps lower blood sugar levels and maintains a healthy level of cholesterol.

Blackberries contain both soluble and insoluble types of fibers that support healthy digestion. Blackberries contain high levels of antioxidants that help to fight against the unfavorable impact of free radicals in the body. Free radicals can damage cells and are thought to be closely involved in the aging process and other health conditions, such as cancer and heart disease. The blackberries' antioxidants help reduce the damage that free radicals can cause. Blackberries are also an excellent source of vitamin K which is necessary for blood clotting for proper wound healing. Blackberries also contain vitamin A, which supports the immune system, and fights infections and illness. It also supports the growth and maintenance of teeth and bones, and keeping skin healthy. A 2009 study found that rats that ate blackberries had improved mental and motor skills compared to a control group of rats that did not eat blackberries.

I have never met anyone who did not like blackberry pie, jam, cobbler, or any other blackberry concoction. Now we know in part that these berries have a long history that continues to influence our environment and lives. Those who lived in the Pacific Northwest that were farmers or loggers saw the transition of the landscape by these blackberries in the early to mid-20th century and probably did not like this invasive species; however, those who live in the same area and produce for sale these same berries may have a difference of opinion. Botanist pioneers Luther Burbank and George F. Waldo took this simple blackberry and indeed changed history.

Johnson Park has a big need for volunteers to keep the community center moving forward. What was brought up at the open forum that the public should be aware of is the location of the playground, covered picnic tables, a combination soccer and baseball field, etc. Community input as to where these go is wanted. Come by Johnson Park and see for yourself where the best location should be and let the Johnson Park Board know what you think. Any suggestions are appreciated.

On Saturday from 1-3 p.m., Johnson Park will host a Halloween Kids Craft Workshop. This is a way for children to have fun while preparing for Halloween. Materials will be provided.

On October 19 from 5:30-7:30 p.m., Johnson Park presents Prime Rib Dinner. It is for only $18 per plate. For those who have never been to a dinner at Johnson Park, I can highly recommend this event. The food is always great. This is a benefit dinner to raise funds for a new heater in the hallway. This type of heater costs a couple thousand dollars. Tickets are on sale now. Contact one of the board members at 360-465-2722 or 360-465-2393.

Those new to the area who want to mix with other seniors can go to The Naselle/Grays River Valley Seniors luncheon held on Wednesdays at the Rosburg Hall for those who are 55 and older; also the potluck will be at the Valley Bible Church on every fourth Wednesday. Volunteers are needed so please contact the Naselle/Grays River Valley Seniors' president Diane Hollenbeck at dianemarye@gmail.com or phone her at 1(360) 465-2991. Anyone interested in renting the Rosburg Hall is encouraged to contact Sonja Kruse at 465-2251 or Dee Nikkila at 465-2595. Thursday luncheon at noon at the Rosburg Hall is sponsored by the Community Action Program (CAP) out of Kelso/Longview. Any questions, contact Denise Rae at (360) 425-3430 extension 259. 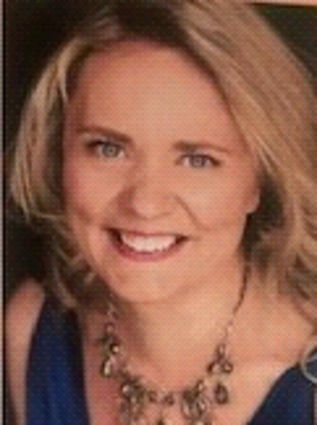 The Finnish American Folk Festival has a very big concert that should be a great time for family and friends. It is scheduled for October 26 at the Valley Bible Church in Rosburg. This one will feature Ruusamari Teppo, the great-great-grand daughter of Sibelius, the famous Finnish Composer. She is coming over from Finland for this with the help of a grant from the Finlandia Foundation and a donation from one of our Finnish community members. Pianist Ruusamari Teppo is the great-great-granddaughter on her mother's side of the famous Finnish composer Jean Sibelius (1865-1957). She grew up in Finland and began playing piano at the age of five. She graduated from Sibelius High School in Helsinki and continued her music studies in Paris for three years. She has been teaching since she was 20 and she practices 2-4 hours daily. She also plays the fortepiano, harpsichord, and organ.