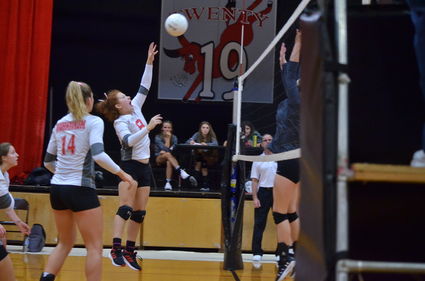 Rebekah Neves gets a hit in the Lady Mules' four set loss to Kalama on Tuesday.

"Napavine has a couple of good weapons and aggressive serving which kept us on our toes," Coach Kayli Hurley said, "but in the end, my kids came out with scrap and fire to take home the win." 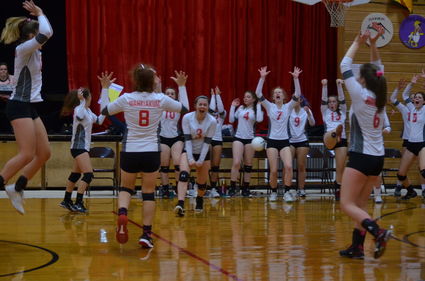 The energy of the bench has been instrumental to the Lady Mules' success this year.

"We came out with a lot of fire and energy against Toledo," Coach Hurley said. "My bench was exploding with noise and that helped fuel the girls on the court."

"Overall it was a good match," Coach Hurley said. "Kalama has some big weapons and my girls showed a lot of scrap."

Watson had seven kills, three aces, and 13 digs. Freeman had four kills and one block, and Merz had seven kills and three blocks. Stanley had 13 digs, M.J. Neves had 13 assists, and Shantelle Shervey had 11 digs.

The Lady Mules travel to Rainier on Monday and play their final game of the regular season at home on Wednesday, hosting Winlock.