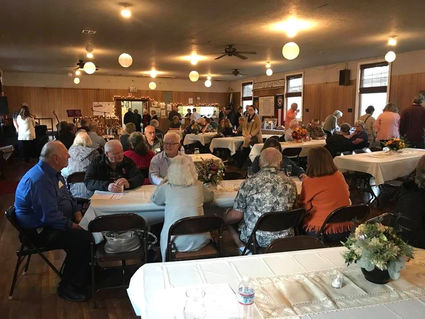 Karl Arthur Appelö (he changed his name to Carl) was born on February 17, 1890 in the parish of Sideby on the western coast of Finland into a Swedish-Finn family. Although the farm was located on a small island before the coastal land rose to its current level to the coast of Sweden, the word "Appelö" means "Apple Island" in Swedish. A mixture of circumstances in Finland a century ago forced many of its people to leave their native land. This happened to Carl Arthur Appelo, who as a 16-year-old Finnish boy left his family farm on the Gulf of Bothnia to travel to a far off country never knowing that in the future his offspring and many unknown people would carry on his legacy through the Appelo Archives Center and Logging Museum.

Appelo left Finland during a time of mass emigration, especially from southern Ostrobothnia. An edition of The Journal of Finnish Studies about Ostrobothnian history and culture described the impact of Finnish emigration in the late 1800s and early 1900s and its significant influence on the inhabitants of South Ostrobothnia.

Around 1885 emigration from Finland to North America was about 2,000 people from the region annually. At the time of Carl Arthur's emigration, the Finnish people had endured political adversity for years. During the Grand Duchy period after Sweden lost the Finnish War of 1808-1809 until about 1880 was an advantageous period for economic growth in Finland. There was such a dramatic increase in population in the 19th century in Sideby that it was impacted by the successful shipbuilding period from 1830 to 1875. When the shipbuilding industry failed, many people in Sideby were no longer able to earn a living. The unexpected failure of the shipbuilding industry led to massive unemployment. The sudden decline in shipbuilding caused the outmoded small-scale farming to no longer be able to support the fast growing population. These harsh economic conditions personally impacted the Appelo family's financial obligations which forced Carl Arthur to leave school at 11 years old to work on the family farm as well as in the logging industry. An additional influence was that Russian rule gave the possibility of Carl being drafted. He realized that he might be drafted into the Russian army so he made his decision to leave Finland at the age of 16 to seek the prospects that life in America might provide. His journey in life has influenced the many volunteers in the community dedicated to preserving his legacy as well as those early pioneers who shaped the community we now reside in.

The Appelo Archives Harvest Auction was a huge success by the fact that so many people and businesses donated wonderful items for bidding. The Rosburg Hall was filled with conversation and laughter. The food provided was wonderful as well as the music provided by Gene Quilhaugh. Anyone can still donate to the Appelo Archives their money, historical items, or above all, their time.

Another reminder for those who would like to participate in this year's holiday bazaar. There will be a variety of items for sale along with a variety of baked goods ranging from pies, cookies, assorted breads and rolls. The Rosburg Community Club will host the event for vendors to sell items ranging from typical yard sale items to fancy jewelry, wooden lamps, scented waxes, and too many other things to describe. The Rosburg Community Club will hold their annual holiday bazaar on November 2. Contact Frieda Footh (465-2574) or Sonja Kruse (465-2251) for table rental.

The Rosburg Hall also greets those new to the area who want to mix with other seniors at the Naselle/Grays River Valley Seniors luncheon held on Wednesdays for those who are 55 and older; also the potluck will be at the Valley Bible Church on every fourth Wednesday. Volunteers are needed so please contact the Naselle/Grays River Valley Seniors' president Diane Hollenbeck at dianemarye@gmail.com or phone her at 1(360) 465-2991. Anyone interested in renting the Rosburg Hall is encouraged to contact Sonja Kruse at 465-2251 or Dee Nikkila at 465-2595. Thursday luncheon at noon at the Rosburg Hall is sponsored by the Community Action Program (CAP) out of Kelso/Longview. Any questions, contact Denise Rae at (360) 425-3430 extension 259.

Come to Johnson Park and ask how you can help as a volunteer to keep the community center moving forward. The public should be aware of the location of the playground, covered picnic tables, a combination soccer and baseball field, etc. Community input as to where these go is wanted. Come by Johnson Park and see for yourself where the best location should be and let the Johnson Park Board know what you think. Any suggestions are appreciated. 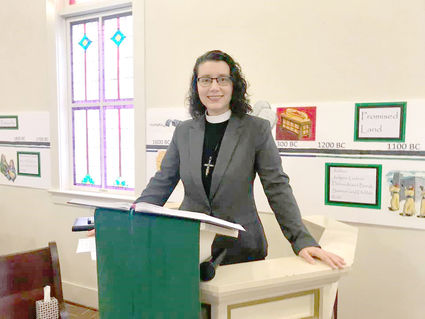 The present Naselle Lutheran Church building was built and dedicated on October 19, 1930; yet it has been 125 years ago since Finnish Lutherans started worshiping together in Deep River at the Finnish Holy Trinity Evangelical Lutheran Church. The spiritual descendants of those first devoted few still assemble every week at the Naselle Lutheran Church in Naselle. In honor of its 125th Anniversary, the church held a special worship service on Sunday and a dinner followed. Roughly 15 families formed the first congregation of the Finnish Holy Trinity Evangelical Lutheran Church in Deep River on January 8, 1894. The congregation had been active since 1894, meeting in various community members homes. Construction began on the Deep River church in 1898 and finished in 1902. It was the first organized Evangelical Lutheran Church in the area. The church was used regularly until the 1930s, when the congregation gradually decreased. The area changed dramatically when roads allowed logging trucks to replace water transportation, and Naselle became the center of commerce. The two congregations combined in Naselle, and the Deep River church was only used for funeral and Christmas services.

The present Naselle Lutheran Church from 1972-1978 and the Lutheran church in Chinook existed as a two-point parish. Anna Haugen is the pastor of both parishes and she is spreading the gospel in Chinook and Naselle. As the new pastor of two Lutheran churches, she is excited her new assignment brings her back closer to her Northwest roots. She earned a master's degree in divinity at a Lutheran seminary in Gettysburg, Penn. She spent a year as a lay minister in Pennsylvania followed by pastoring in central North Dakota for more than five years.