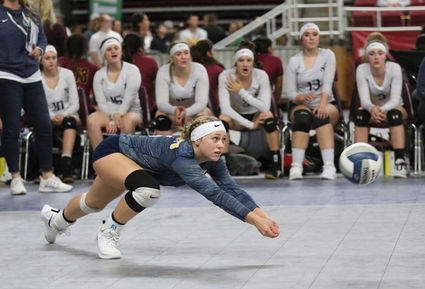 Comet libero Brynn Tarabochia dives for a dig at the State 1B tournament in Yakima last week. Photos for The Eagle by Chris Johnson.

After three matches, the Naselle Comets found themselves heading home without hardware on the second day of the State 1B volleyball tournament.

It was the final game for seniors Jaclyn Steenerson and Zani Wulf. 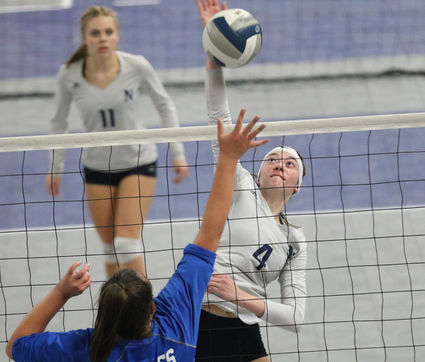 Naselle Comet Jaclyn Steenerson goes in for the kill.