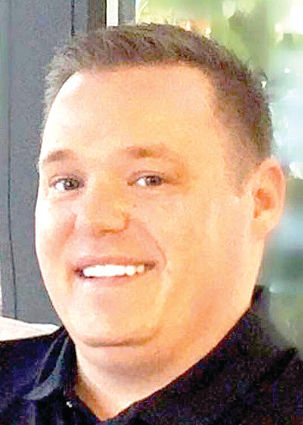 Curtis was born December 11th 1979 in Astoria, Oregon to Dale and Jean Jacobson. Curtis grew up in Long Beach, Washington. Throughout his early school years he enjoyed a variety of sports including tennis, basketball, baseball and football. He also played the trumpet and excelled in school. He was the ASB President and a member of the National Honor Society.

He went on to college and graduated from Western Washington University. His love for airplanes took him to flight school after college where he received his commercial pilot's license. After flight school he became a classroom and flight instructor for many years, after which he became the Director of Aviation at DynEd where he created flight programs for pilots and flight schools. During this time he also received his MBA. Curtis then started his dream job at Boeing as a Regional Training Manager in the pilot development program where he remained until his passing. While at Boeing, he was part of the Boeing Employee Flying Association and was Vice-President of the Board of Directors. In his spare time he was also a private flight instructor. Curtis enjoyed traveling, giving flight lessons, spending time with his friends and family, and most of all being with his two beloved dogs Hudson and Jax "The Boys."

Curtis was a special person with many wonderful qualities that touched the hearts of those around him. Curtis had an unforgettable sense of humor and wit, and was able to charm the pants off anyone he met. He will be greatly missed.

He has joined his mom in Heaven and will now be a guardian angel for those he loved. Curtis is survived by his dad Dale Jacobson of Cathlamet, WA, sisters Rachel (Mike) Sautter of Vancouver, WA, Katie (Matt) Herz of Washougal, WA, Carla (Carlton) English of Manville, NJ, brother Clark (Devann) Jacobson of Long Beach, WA, four nieces and six nephews, and many aunts, uncles and cousins. Curtis was preceded in death by his mom Jean Jacobson. In lieu of flowers, please consider a donation to your local Humane Society.

A celebration of life will be held at a later date at Penttila's Chapel in Long Beach. His guestbook is available at http://www.penttilaschapel.com.