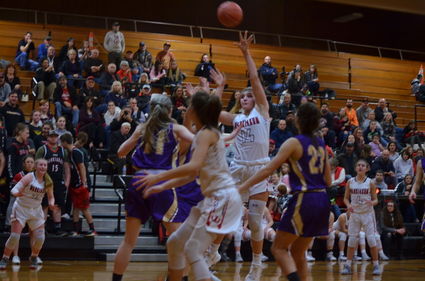 The Lady Mules ended the Christmas break with a loss but turned it around to add two more to their win column this week.

Last Thursday, the team traveled to Rainier and lost 52--44 to the Mountaineers.

"We had a rough start for sure," Coach Rob Garrett said. "Once we settled down and played as a team, we got right back in the game. This team has such a big upside but without discipline and teamwork it won't matter. When they figure that out, they will have the opportunity to do great things together."

On Tuesday, they beat a physical Onalaska team at home 46--33, holding the Lady Loggers to just 10 points in the second half.

"It was a much better second half for sure," Coach Garrett said. "I was super happy with Paige (Mace) getting in the lane and creating for her teammates. Jansi (Merz) went and got rebounds in the second half while the guards boxed out. Great job of everyone doing their job. Now if we can cut down on the turnovers, we have a shot at taking a big step."

The team travels to Winlock today (Thursday) and heads to Elma next Wednesday. 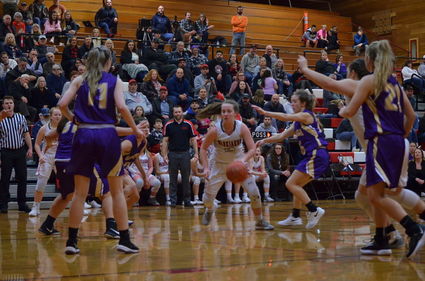 Miya Kerstetter looked for an opening in a scrappy, physical Onalaska defense.