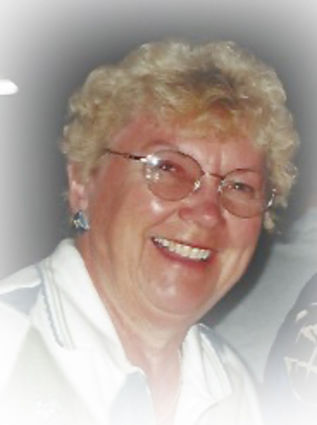 Sally Sue Joanne Manula Swanson passed into the arms of her Lord on March 17, 2020 in Longview, Washington. She was born at home in Naselle to her parents Oscar and Selma (Nasi) Manula, on August 7, 1931.

She graduated from Naselle High School in 1949 as salutatorian and attended Oregon State College until she decided she'd better catch hold of her future husband, Ted, when she still had a chance as he was in the Air Force.

Sally was a stay-at-home mom who enjoyed sewing, flower gardening, picking blackberries, and baking. She was an active member of Naselle Lutheran Church and was also active in the Finn/Am Folk Festivals and helped coordinate entertainment and lectures and sang in the choir.

She taught kindergarten for three years, and was later asked by the Ocean Beach School District superintendent to start a community education program through Grays Harbor College. The program, which she established and managed for 22 years, still exists to this day.

Sally and Ted enjoyed lots of travel to Europe, Hawaii, cruises and yearly trips to Palm Springs where they met many lifelong friends.

Contributions can be made to the Carson Burkhalter Memorial in care of the Naselle-Grays River Education Foundation, P.O. Box 12, Naselle, WA 98638.

No public service will be held due to the current situation of the coronavirus, however you are asked to sign our on-line guest book at http://www.penttilaschapel.com.