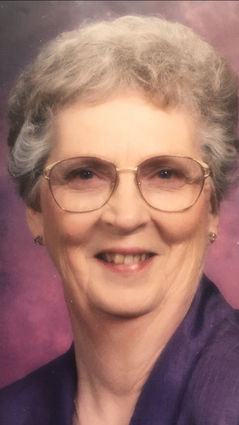 Cora Berniece (Holland) Irving, age 93, a long time Cathlamet resident passed on April 02, 2020, at the family home with her husband of 72 years by her side. She was born on September 06, 1926 to John and Elise (Jensen) Holland on the family farm on Puget Island. Her parents were early immigrants to the United States in the early 1900's. Her mother came from Norway to Ellis Island and then to Astoria, OR. Her father came from Norway through Canada and into the United States at Sumas, WA.

She received her early education at the grade school on Puget Island and then graduated from Wahkiakum High School. During WWII she worked at Paine Field in Everett. Cora married Tom Irving on September 21, 1947 after his return from his service duty in the Asiatic Pacific during WWII.

Irv-Acres was the dairy that they operated on Puget Island for many years. She was able to do anything and everything on that farm. Cora was very talented and excelled in all types of crafts that she undertook to do. Her hobbies were varied--sewing, quilting, baking, stained glass, needlework, painting and knitting. Her talented hands were never idle.

She was a long time 4-H leader and taught many "Island Girls" how to sew. She volunteered countless hours to the 4-H program, the Grange home economics program and the Wahkiakum County Fair. Cora was an active member of the Elochoman Grange #426, Wahkiakum Dairy Wives, Puget Island Orthopedic Guild and River City Strippers Quilting group.

After Tom and Cora sold the dairy they semi-retired and spent 17 summers living on the Kenai Peninsula in Alaska. They fished, dug clams and enjoyed it all, never slowing down. This "team" always had a new project. One was digging sapphires on the banks of the Missouri River near Helena, Montana. They even learned how to facet these beautiful stones.

The family will be forever grateful to Hospice for the care and guidance at her home the last 2 weeks of her earthly journey. Those wishing may send memorials in Cora's name to Community Home Health & Hospice, P.O. Box 2067, Longview, WA 98632.

Services will be held at a later date when everyone is able to travel and join together to celebrate the life of this amazing lady.