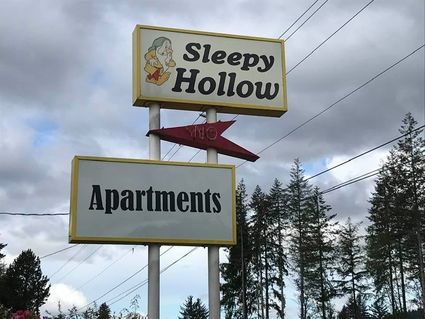 I noticed a sign on the door of the local barber shop in Cathlamet that the Governor had shut them down during this Covid19 pandemic. I had just taken my daughter to a dentist in Battle Ground, and the question that came to me and to others was: Why is a dentist office safer than a barber shop? This is someone violating the 6-foot rule and has his hands in your mouth. I have never seen a barber cut hair facing his customer. This intrigued me into wondering what the difference was between viruses and bacteria.

While searching medical journals it became apparent that both can cause disease. Viruses are not living organisms, whereas bacteria are. Viruses are only dynamic within host cells where they replicate by the millions. Bacteria are single-celled organisms that can reproduce on their own. Bacteria assist many dynamic parts in nature other than being infectious. The most common contributing causes of infectious disease are bacteria and viruses. Each of these pathogens is invisible to the eye, allowing for their transmission from person to person during an outbreak of a pandemic. They share a reputation as disease agents, but are quite dissimilar.

Viruses are not living organisms, bacteria are. Viruses only grow and reproduce inside of the host cells they infect. When viruses are found outside of living cells, they are dormant. The virus’ existence requires the takeover of the biochemical activities of a living cell.

Bacteria are living organisms that consist of a single cell that can generate their own energy and reproduce. Bacteria can live in many places such as the soil, water, plants, as well as the human body.

In comparison to viruses, bacteria are goliaths. The smallest bacteria are about one millionth of a meter in diameter. Viruses range in size from 0.02 to 0.25 micron making most studied with an electron microscope. Their method of infection is different. Viruses infect a host cell and then multiply by the thousands. They leave the host cell and begin infecting other cells of the body. A viral infection is considered to be systemic, spreading throughout the entire body. Typical examples of systemic diseases affected by viral infection include influenza, measles, polio, AIDS, and Covid-19.

The infection caused from bacteria is usually confined to a part of the body. Examples of bacterial disease include pneumonia, tetanus, food poisoning and tuberculosis.

It has been reported many times in popular media and in scientific literature in 2014 that there are nearly 10 times as many bacterial cells in the human body as there are human cells. The number was based on approximations that the human microbiome includes around 100 trillion bacterial cells and that an adult human typically has around 10 trillion human cells. In that same year the American Academy of Microbiology had stressed that the number of bacterial cells and the number of human cells are just estimates. In 2016, another group published another new estimate of the ratio being roughly equal. In other words they know that the human body at any one time carries millions of diverse bacteria both good and bad.

I realize that this is just a summary, yet all of us when we were children played through all kinds of things exposing ourselves to a diversity of pathogens. We as a species will survive this last one.

The Sleepy Hollow Motel is now the Sleepy Hollow Apartments. Alan and Diane Bennett from Naselle bought the place in January and converted the motel into four single bedroom apartments. Alan told me that the motel was originally built to accommodate the contractors who frequented the area and needed lodging. Times have changed and the motel was only busy during hunting season and when there were events on the coast in the summer. The Sleepy Hollow Apartments have already been rented even though the apartments will not be ready until June. It is located on State Route 4 in Naselle just west of the Appelo Archive Center.