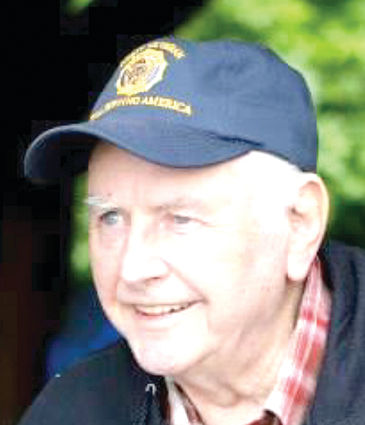 David Leon Hammonds Sr., (88) passed away in Portland, Oregon on April 6, 2020. He was born October 17, 1931, to Rufus and Mary Lou (Vanover) Hammonds in Soper, Oklahoma, the oldest of five children. From 1950-1953, David served in the US Army stationed in Germany. He married Claudine Harvey on June 23, 1956, in Carson City, Nevada. They made their home in Modesto, California where he worked for Campbell's Soup Company for four years before moving to Juneau, Alaska. He loaded the family up into a truck and drove to Alaska in April of 1963. They sailed on one of the MV Malispina's first voyages from Prince Rupert, British Columbia, Canada through the inside passage to Juneau.

In Juneau he worked at the old saw mill up Montana Creek, commercial fished, and was a laborer. In 1966, he went to work for the State of Alaska, Department of Transportation, Public Works where he worked for 20 years until he retired in 1986. He was very involved in the Public Employees Local 71 where he served as a trustee. David was also a member of the American Legion Auke Bay Post 25, serving as all chairs and eventually Post commander and SE District Commander.

In retirement he and his wife Claudine, traveled the Alaskan Highway many times. In 2002, they drove it one last time moving to Grays River, Washington. He loved to tell stories of those trips and always wanted to make one more trip! He enjoyed family, friends, taking care of his property, working in his yard, growing roses and tomatoes, and trips to the casino.