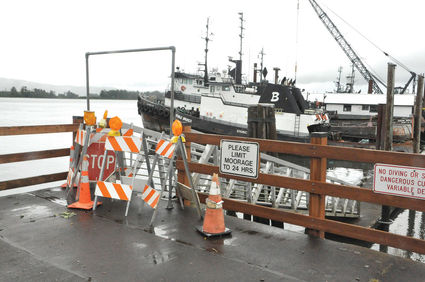 Repairs to the town's dock at the end of Broadway Street have hit a snag, said Mayor Dale Jacobson. One of the two floats has broken loose and has bouyancy issues. A diver is needed to inspect the underside, otherwise, the float should be lifted out of the river to determine what is needed to repair it.

Council Member Bill Wainwright asked what had changed in the past three months since the council awarded a contract for dock repair.

"This is a totally different problem than what we were trying to repair," Jacobson said.

"I would feel much more comfortable having someone in the business who could tell us what is necessary to repair and bring it up to standard," Wainwright said.

After more discussion, Wainwright said he would work with Jacobson to determine a course of action.

In a 4-1 vote, the council authorized Council Members Laurel Waller and David Olson to draft a plan for development of the Butler Street lot.

Olson reminded the council that their predecessors--including him and Waller--had voted late last year to reopen the lot to parking and develop a plan for developing it into a park within six months of the opening. The plan is due in August, he said.

"A lot of people want to keep it as a parking lot," he said.

Olson moved that he and Waller would present a plan at an August council meeting, and Waller seconded the motion. Council Member Paige Lake asked that a budget be included.

Wainwright pressed the pair to commit to hearing public input before the council voted.

Olson responded that the council could vote on the plan when it receives it or make a different decision.

"Delivering a design is just a step in the process," Waller said. "There would be additional steps."

When it came time to vote, Olson, Waller, Lake and Robert Stowe voted for the motion, and Wainwright opposed it, saying there was no guarantee for public involvement.

Council members discussed the future of the municipal swimming pool and decided to postpone action on a proposal to set formal guidelines for a citizen advisory committee.

Wainwright urged the council to consider whether or not the town can afford continued operation of the pool because it doesn't pay for itself.

Jacobson said he agreed with Wainwright's concerns but commented the town isn't a business and can provide a public service at a loss.

"I really believe that the good will of the pool to the community and the county has done more for us than what it has cost us," he said. "The pool will stay open as long as I'm mayor."

"Just because we were given a pool years ago doesn't mean we can afford it," Wainwright said. "We as councilors need to reach out to the county and the townspeople --do we want to fund this? The people I talk to don't want to spend money on it." 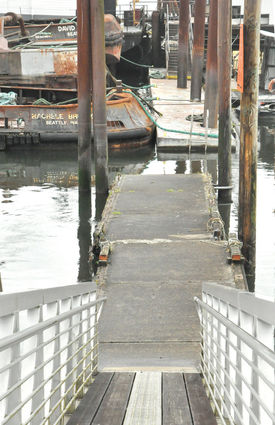 but one of two floats has buoyancy problems and will need extensive repair.

County Commissioner Mike Backman said the commission would be happy to have a conversation with the council about the pool.

Later in the meeting, Olson presented a proposal to set up formal procedures for the pool advisory committee. These would include meetings with the council before and after the swimming season.

Council members were unaware of the committee's existence and didn't include the advisory committee in its deliberations leading to the vote to cancel the pool's operation this year because of covid-19 virus concerns.

Beck cautioned that meetings might not be necessary, for the committee has traditionally worked closely with the town's public works director.

After more discussion, the council moved to table the matter to a later date.