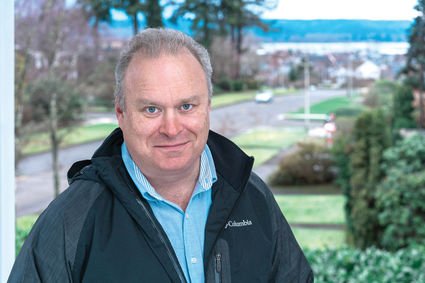 For two generations, the 19th Legislative District has suffered from bad policies forced on it by Seattle Progressives who've controlled Olympia. Our traditional industries-logging, wood products, commercial fishing and aquaculture-have been decimated. Our families have been stressed to their breaking points. Our schools have fallen from among the best-funded to among the worst.

We've had enough! No more!

Since I was first elected in 2016, I have fought fiercely for this part of this state. I have helped change the Olympia establishment's concept of Cathlamet and Wahkiakum County. We're no longer going to shrug and accept bad treatment, bad policy and budgetary scraps. Olympia is making room for our priorities, our needs.

As LD19's representative, I've been able to help negotiate a bipartisan solution to the McCleary K-12 school funding lawsuit. Something many Olympia insiders said couldn't be done. As the ranking member on the House State Government Committee, I've been able to assure greater transparency and disclosure in state politics. And I've been able to turn back various legislative efforts to erode gun rights and property rights in this state.

The next few years are going to be tough ones for the Washington state economy.

After more than a decade of economic growth that consistently exceeded projections, we are facing a recession. A recession triggered by the Governor's constitutionally-questionable lockdown in response to the COVID-19 outbreak.

The immediate challenge we face is a budgetary shortfall of at least $9 billion (and perhaps as high as $12 or $15 billion) over the next few years. Some legislators will say-are already saying-that this red ink calls for state tax increases. Most likely, a new state income tax and some type of increase in the state gasoline sales tax.

I strongly oppose these and other tax hikes!

Raising taxes during the early stages of a recession is a recipe for economic disaster. It's the worst timing, choking and discouraging economic growth at the time we need it most! Instead, we need to adjust-and in a few cases, cut-components of our state budgets to reflect our lower projected tax receipts . . .

I also hope to reform some of our state law involving Declared Emergencies and resulting proclamations and orders. As we've all learned, living through the current COVID-19 outbreak, that our current public policy on Declared Emergencies makes a hash of standard checks and balances in government. I've drafted several bills that clear up ambiguous statutory language and add bright-line limitations on how the executive branch of our state government acts during an Emergency.

1. How to regain momentum in economic development-jobs-in Wahkiakum County and all of LD19? In the immediate term, we need to waive or severely reduce state Business & Occupation taxes. And loosen state rules related to permitting and other regulations.

2. We need to shift our reform focus of K-12 school funding from how money is collected to how money is distributed to school districts. We need to reform-and maybe replace-the "prototypical school" budgeting model, relied on by state education bureaucrats.

3. We're going to have to make tough fiscal decisions in Olympia over the next two biennial budget cycles. This is not the time for go-along passivity from LD19 representatives. If we're not aggressive and knowledgeable about the budget process, LD19 cities and counties will suffer. Again.

4. We have to restore proper checks and balances to our state government in Olympia. The executive branch has been acting unilaterally for many months in 2020. This can't happen again. We need to make sure that the legislative branch has a meaningful voice in policy decision-even during a declared emergency.

--Other: I was raised in Grays Harbor; my step-dad worked for Weyerhaeuser, and my dad drove log-truck in northeastern Washington. I've struggled with low-paying jobs and ended up unhoused with two little kids. The social safety net saved us, and it's time to make that system work for everyone.

I'm running because I see my neighbors struggling, even more so now with COVID 19, and I know that the policies we currently have in place are not enough to keep people alive, let alone let us thrive. I fear the state will make even deeper cuts to our current budgets (like in 2009) rather than investing in our people and small businesses. I believe my experience as a nurse and someone who has experienced poverty first-hand uniquely qualifies me to stand up for the poor and working class in this district to ensure we come out of this crisis as safe as possible.

I will fight for policies that improve the lives of people in Washington. Universal not-for-profit healthcare, a fair tax system that does not finance the state off the backs of the working class, and equity in education, so that kids in our district don't have to do without the support they need.

Inernational Brotherhood of Electrical Workers Local 76, Tacoma, Washington Business Representative. As a business representative with responsibilities in six counties including Grays Harbor, Pacific and Lewis counties, I have a variety of duties related to labor relations. These duties include negotiating and administering collective bargaining agreements, representing employees in disciplinary meetings, grievances or arbitrations, and providing advice and guidance to our membership, political outreach, advocacy and organizing, and recruitment of new members. I serve as a trustee of two pension plans and a health and welfare plan, requiring me to make decisions regarding its administration, be knowledgeable of the plan documents, and be able to provide guidance to the participants. 2002-2008: Campbell Electric, Aberdeen, electrical foreman/general foreman. 2002-2002: Fluor Constructors, Satsop, general foreman/ electrical supervisor, electrical general foreman responsible for planning and managing the building of a 650 megawatt natural gas powerplant. 1998-2002: Campbell Electric, Aberdeen, electrician/foreman; 1996-1998 IBEW/ Various signatory contractors journey level. 1991-1995: I began an apprenticeship with the Southwest Washington Electrical JATC. During this time, I learned both on the job and in a classroom setting. After 8,000 hours of on the job training, I became a state certified journeyman electrician.

--Other: In addition to my duties as Assistant Business Manager/Business Representative for IBEW Local 76, I also serve in the following capacities as a trustee of the Union Pension and Medical plans.

I also serve as a Montesano City Councilman. I was appointed in May of 2017 and elected November of 2017. I have served on the Finance, Forestry and Public works Committees, as well as the Shorelines Management workgroup.

I am a lifelong resident of Southwest Washington, who loves our concern of the State. I feel extremely fortunate to have had the opportunity to choose to stay here and raise my family in my hometown. Through my work as an electrician and City Councilman I have gained valuable experience that I believe I can put to work for the betterment of the citizens of this area, who I care so greatly for. I believe we need people in Olympia representing us who understand everyday struggles, who know what it means to go to work early and come home tired and dirty. We need representatives in Olympia to take the issues that are important and affect the citizens of the 19th LD every day and fight for them. I want to make sure that my children and every other child has the opportunity to learn, grow, and thrive in our community. I am running so our children don't have to leave our area to find a future.

There is much work to be done; my top priorities will be jobs, healthcare and education.

Jobs: It is unacceptable that the unemployment rate is higher than the state average in every county of the 19th. The potential of southwest Washington is incredible and with the right leadership, we can create the family wage jobs we deserve. Our district has long been a leader of sustainable forestry and world class fishing and shellfish industries. We need to protect and preserve these natural resources, while creating innovative projects. As a union representative of twelve years, I understand the value of compromise and that actions speak louder than words. If we allow the divisive politics in Olympia to continue, it will be Southwest Washington that suffers. That is why I want to be a voice of moderation and produce results, not speeches, for the people of the 19th district.

Healthcare: For too long, folks have faced the choice between putting food on the table and seeking medical care. Rural communities deserve the same quality and access to care that the urban areas receive. Covid-19 has shown the gap between rural and urban healthcare to be starker than we admitted. Our healthcare infrastructure needs to be strengthened, we need to draw talented providers to our area, and we need to increase access to telemedicine. As trustee of our union healthcare plan for over a decade, I understand how expensive and burdensome the healthcare system has been for our families. That is why healthcare will be a focal point of my work in Olympia. 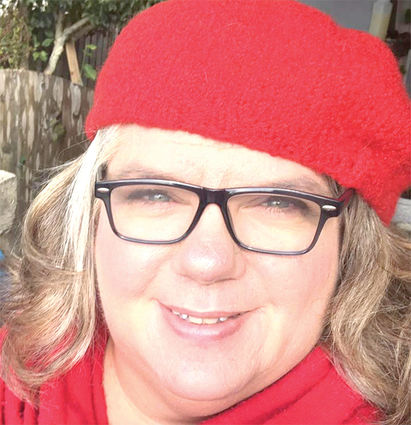 Education: After finishing high school, I was faced with the choice of either going to college or taking up an electrical apprenticeship. I chose the apprenticeship route because it provided the financial security that my family could rely upon. It was the right choice for me. Having a quality union job that provided me with a living wage, secure healthcare, and a strong retirement allowed me to raise my family in our hometown of Montesano. Without the option to pursue a non-college route, I would have been unable to stay in the area I love. I believe that we have a responsibility to provide our children with more opportunities than we had. Non-college routes and affordable college options are essential to providing family-wage employment and meeting the needs of our communities. I will fight for our children's future every day in Olympia.