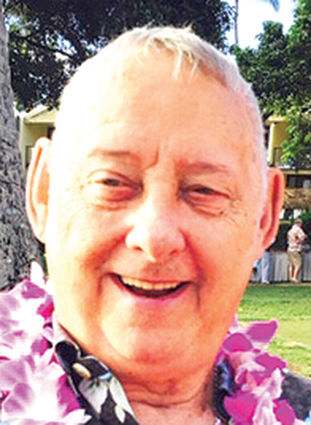 Enthusiastic, friendly and intelligent would be the first three things new friends would take note of when meeting Fred Cantrell. Fred was a man of many interests that ranged from travel to hunting to gemology and who whole-heartedly embarked on each new adventure life presented to him.

Fred was born June 29th, 1939 to Fred Herbert Cantell Sr. and Shirley Sawtell Cantrell in Pueblo, Colorado. He graduated high school from Clackamas High School in 1957. He served in the Air Force and later joined Dennison Company as a national salesman. A lifetime member of Rainier Masonic Lodge and Gateway Masonic Lodge (Warrenton, Ore), he was a long-time resident of Rainier, Oregon before moving to Rosburg, Washington six years ago.

Fred didn't slow down when he lost his sight. He built his own house, built a second cabin, traveled to Alaska, Hawaii, and the Carribean, and became a proficient placer gold miner, all after becoming legally blind. Fred was a skilled craftsman and an adventurer to the very end of his life.

Having passed away July 22nd, 2020, Fred is survived by his wife, Kathleen Cantrell and three of his four children, William, Natalia, and Joseph Cantrell as well as his sister Melody Taylor and his two step-daughters, Heather McBride and Samantha Kasmar. He is preceded in death by Anna Barbrie Cantrell and his oldest son, Fred Herbert Cantrell III.

A memorial is not possible at this time, but please start a new hobby or enjoy a day of fishing in memory of Fred. In lieu of flowers consider donating to The National Association of Blind Veterans.

It was a wonderful obituary. I was very sad when Fred passed, I so wished things had gone different but I’m happy Natalia and Kathy were there with him at the end.