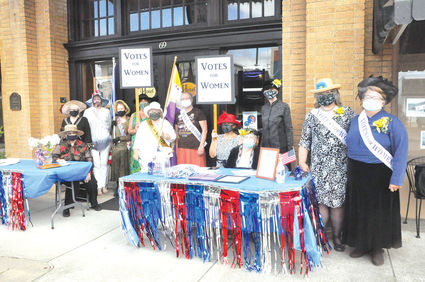 On Tuesday, members of the Cathlamet Woman's Club turned out in force to observe and celebrate the 100th anniversary of the passage of the 19th Amendment to the Constitution, guaranteeing most American women's right to vote. The amendment was ratified on August 18, 1920, as Tennessee became the 36th state to approve it. However, the right to vote wasn't extended to African American, Asian American, Hispanic American, and Native American women until passage of the Voting Rights Act of 1965. 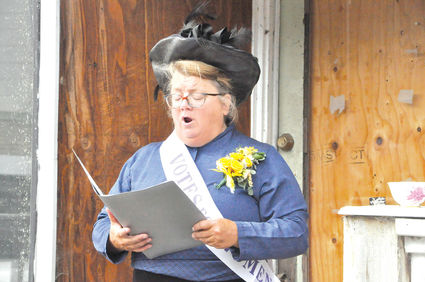 The local Woman's Club set up tables with a display and voting registration material on Cathlamet Main Street and later marched up and down the street, serenaded by Tracy Turner's singing of patriotic songs.

Suzanne Holmes, Woman's Club Citizen of the Year, took a tour in a vintage vehicle.