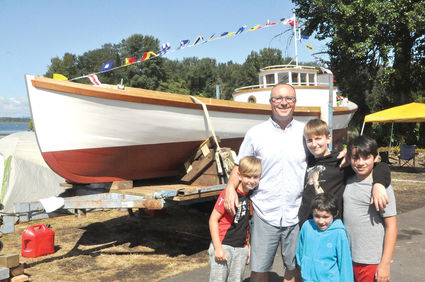 Kent Craford brought a restored 1907 gillnetter and some friends and family to the Elochoman Slough Marina last Saturday.

The 22-foot double ender boat reflects the transition between sail power and gasoline engine power in the early 20th century. The boat was once owned by Cathlamet residents Steve and Sharon Hart; they sold it to Craford in the mid-1990s, and he began a restoration process. 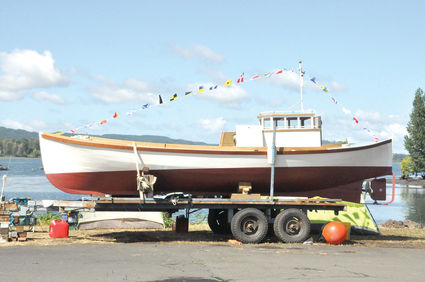 Craford said that when he bought the boat, he knew it was a piece of history and he wanted to restore it.

"I got the love of the boats from my grandfather," he said.

He and his wife did some work on the boat, but when children started arriving, the restoration slowed down. When boatwrights Ric Lahti and Steve Peterson called him last year saying they had time to work on the John M., Craford said, "Yes," and the restoration resumed.

"We replaced this, then that and pretty soon almost all the wooden parts were new," he said.

With all the new parts, it may not be a true restoration, but the look remains the same.