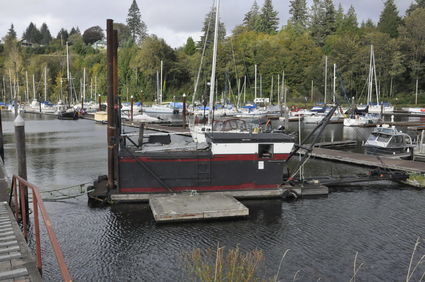 Port District 1 uses this dredge to maintain navigable depths around the marina. Spoils are used to fill the Town of Cathlamet's former sewer lagoons for development as a waterfront park.

All the lights at the port have been switched to LEDs except for the ones in the storage units, and staff have been talking to an electrical contractor about getting the existing fixtures retrofitted. The yurt doors and the doors to the laundry rooms also need to be replaced, according to the manager's report, and the port is considering replacing the existing doors with storm doors.

"They take a beating out there, Commissioner Brett Deaton said. "Whatever it takes to get them right. I'm more for durability." 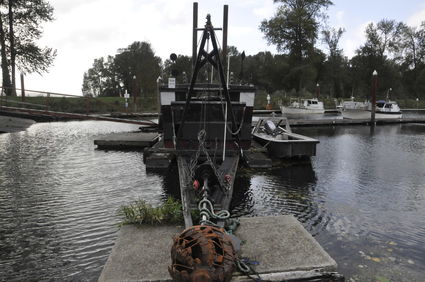 A sewer issue at County Line Park was resolved, and the port will be asking Wahkiakum County to reimburse them the cost of the repairs, around $2,500.

Employees will soon conduct a sounding to determine whether the port needs to dredge during the next dredging window.

Commissioners adopted an amended reservation policy which states that reservations for lodging, including camping and RV facilities may be made up to one year in advance. The reservation must be renewed in writing within five days of each stay, otherwise the reservation will be opened to the general public. The policy also says that the cancellation of any reservation is subject to the applicable fee set forth in the district's rate schedule.