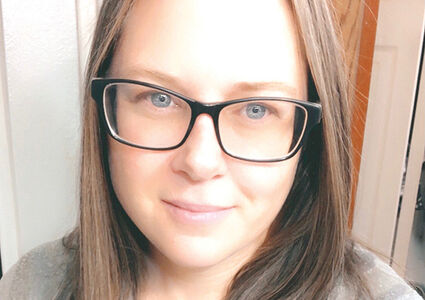 Kellie Mendez had been staying at a friend's house when she developed a headache on December 12, but she didn't give it too much thought. There isn't anything too unusual about a headache. But when she went to bed that night, she felt sluggish and tired, and didn't sleep well.

The next morning, on her 43rd birthday, it hit her.

"I had full blown body aches," Mendez said. "It felt like when you have the flu, but it was probably 100 times worse. I was completely drained and my body was killing me. I had a fever. The chills."

Her husband, Lorenzo, came and got her.

The next day, she went to Kaiser to get tested for covid-19.

"You had to have an appointment ahead of time," she said. "Then you pulled around to the back and called a number."

They had her walk to a window at the back of a portable. She gave them her information and they gave her a nose swab.

"It wasn't that bad," Mendez said. "I was so out of it. I've heard other people say, 'Oh my God,' they go halfway up your brain. I don't remember them doing that to me. My kids were like, 'I swear they hit my brain when they were testing me!'"

The results came back the next day. She had covid-19.

"I got home and I pretty much laid down," Mendez said. "I slept the whole time. I couldn't keep my eyes open. I was exhausted. I couldn't eat, I couldn't drink. I don't know if I got up to go to the bathroom, to be honest with you."

The first five or six days were the hardest, she said, with the body aches and the fever. She had no appetite and is pretty sure she didn't intake anything, including fluids, until the fourth day, when she started drinking orange juice.

"That's all I wanted," Mendez said. "Thankfully, I didn't get dehydrated."

There was no vomiting, or diarrhea, although there was the nausea and the headaches. She also lost her sense of taste and smell.

Ten days after it started, she was finally able to get up and get out of bed.

"I could do a little bit, but then I was back to bed," she said.

She was improving, but on New Year's Eve, she had to return to the doctor to get some medical tests done. She was having a lot of chest pressure and pain. She had bloodwork done, an EKG, an X-ray, and a CT scan to make sure she didn't have any blood clots in her lungs.

"Everything came back okay, just that my lungs are working hard," Mendez said. "They are trying to heal, and get back to their norm."

She still gets tired really easy. She has to stop and catch her breath sometimes, even when she's just talking. The chest issues aren't going away in a hurry, and now she has an inhaler for when it gets really bad.

And still with the headaches. Taste and smell are improving, though.

It's been long enough to consider Mendez recovered. She is able to be out of quarantine, but she's not able to return to work.

"One, because I'm a caregiver and two, because I don't have the energy and the strength with my shortness of breath," Mendez said. "I'm not capable of doing my job accurately. I'm supposed to be off until the 15th of January. If I'm not better by then, I'm going to have to get re-evaluated."

"It definitely has not been fun whatsoever," she said. "I know some people think this is just the flu, but in my experience this was about 100 times worse than any flu I've had. I'm a pretty healthy person. I don't have a compromised immune system."

When the United States first went into lockdown, Mendez didn't think the coronavirus was real, but when she learned that people she knew had gotten it and how bad it was, she started to think maybe something was going on.

She started wearing a mask and using hand sanitizer, and she was only socializing with people in her circle, which included family and her husband's friends from work.

"I wasn't going out partying and doing that stuff," Mendez said. "I honestly don't know where I got it. I wasn't overly cautious, but I feel like I was cautious enough."

While she stayed in her room, essentially quarantining from the rest of her family, Lorenzo took care of the eight kids, ages 7-17, who were home. He too tested positive for covid-19, Kelli said, though he had a mild case, but none of the kids tested positive.

Family and friends were good enough to pick up their groceries and bring them meals. They would drop them off at the door, and when they were gone, one of the kids would step outside and bring the items inside.

"It was tough, but I think we all did pretty well in the situation," Mendez said. "It was hard not being able to have any interaction, especially after I started to feel a little better and wasn't sleeping the whole time."

She just missed her kids, who would call out to her from the other side of the house from time to time.

"That would break my heart," Mendez said.

"Everybody has their opinion on this whole thing," she said. "Some believe, some don't. I think if you haven't gone through it, you probably wouldn't think it's real, to be honest. We lost a pretty special lady from the community who had covid-19. She lived in Longview. That really saddened me when that happened, and makes me really grateful I didn't get to that point. I'm just hoping that with whatever is going on with my lungs that they will continue to get better, and I won't have any issues in the long run. I'm very grateful I did survive this situation and even though I'm having some issues, I'm glad to be where I am today."