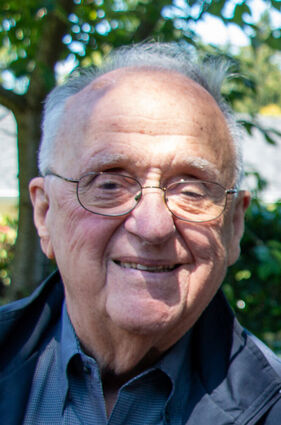 Al was born in Providence, RI. He received a Forestry degree from the University of Montana. After serving in the U.S. Air Force, he moved his young family to the Northwest and began his forest management career with Crown Zellerbach Corporation. There he made lifelong friends in communities such as Molalla, OR, Seaside, OR and Cathlamet, WA. After retiring in Vancouver, WA, Al said the only thing he missed were the people he worked with.

A private family graveside service will be held at Willamette National Cemetery. For information on a public Memorial Mass to be held after the pandemic, go to RememberAlThayer.com.