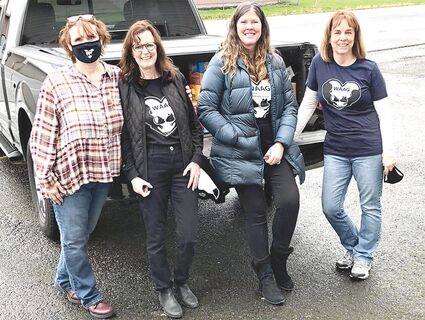 A pet food drive at the Puget Island Fire Station on Saturday was more successful than the Wahkiakum Animal Advocates Group (WAAG) volunteers could have imagined.

So successful that their next pet food drive, which was tentatively set for March, may be postponed a little longer.

They don't have the storage space to do another drive too soon, Treasurer Lorrie Fink said, but when the Helping Hand food bank stocks get low, they will plan another event. 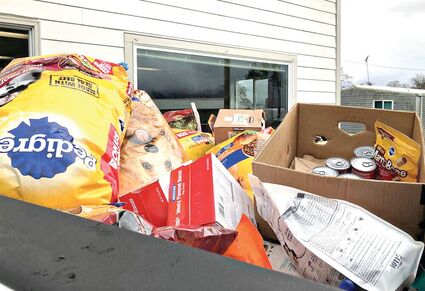 "Everybody has a soft spot for a pet," Fink said. "People would stop and share their stories of animals, present and past, and how this is so needed, and they've wanted it to happen for a long time. One lady said she had been here since 1962, and that they needed it even then."

The drive was set to begin at 10 a.m., but the steady stream of visitors began around 9:40 a.m., and didn't let up until WAAG had over a thousand pounds of dry dog and cat food, 350 cans of dog and cat food, about 50 pounds of dog biscuits and treats, 30 pouches of cat treats, 70 pounds of kitty litter, seven crates, 10 beds, 20 blankets, 23 pet dishes, and a bunch of leashes, collars, and toys.

"One man even gave us his stimulus check," Fink said, "and it was heartwarming to know that even people who were in need gave."