The Snow and the Thaw

The Snow: White-tail deer check out a nearby noise in Puget Island snow. Central and eastern Wahkiakum County dealt with snow last weekend; the Westend dealt with an ice storm. Photo by Rick Nelson.

The Thaw: Snow still blanked Cathlamet streets on Monday, but the thaw had started. Photos by Andrew Weiler. 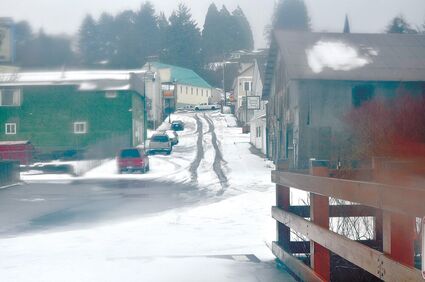