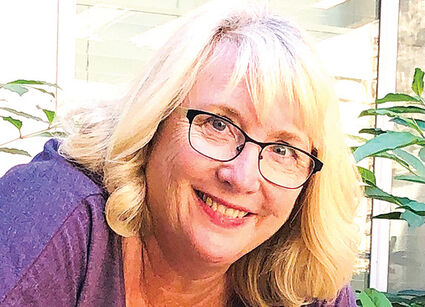 Stacey Lane is the new director of the Wahkiakum Chamber of Commerce.

If you ask Stacey Lane, it was serendipity that brought her to Wahkiakum County.

"I don't necessarily believe in luck," she said. "I love being in Cathlamet. It's probably the most hidden little gem of the state. I know one of the challenges is that it's off the beaten path, but that's one of its charms, and the people are amazing."

Lane is the new director for the Wahkiakum Chamber of Commerce. She joined the organization as the assistant director part time last year, before stepping into the leadership role in October.

"I was also part time with Friends of Skamokawa," Lane said. "It was a lot of fun, and a great way to be integrated into both communities and really meet a lot of people. It was a great way to meet business leaders, historians, and the movers and shakers in the community."

She's a former small business owner, who worked for several small businesses, and understands the struggle, challenges, and joys that come with it. She was also an event coordinator for Holland America Flower Gardens in Woodland, and has served on the chamber board in Kalama.

Her resumé made her a likely candidate for the job at the chamber. She, along with five new board members, and a new president are bringing a lot of energy, enthusiasm, and resources to the organization.

"The pandemic has allowed the chamber to stop and refocus like a lot of businesses are doing," Lane said. "Sometimes you get so distracted by events, you don't dive into the other portions. I think we are the only chamber in the state which is a combination of Chamber of Commerce, which is business building, economic development, which is jobs and resources, and visitor center, which is tourism."

"I kind of tease that we have the motto of 'We're so small we do it all,'" she said.

It has led to some new goals.

"We're about to launch a new shop and dine locally campaign," Lane said. "Shannon Britt is our new president and she is on fire to get things moving."

The chamber is designing a new website, planning a campaign to reunite the business community on a deeper level, and committing to improved transparency.

"We want people to understand what the Chamber does and how their membership affects their business," Lane said. "We want them to feel part of the chamber, and not just a member.

Finally, Lane and her husband are in charge of the Wheels of Wahkiakum County, which is planning four motorcycle tours next summer, each attached to a fundraiser.

"I am never bored," Lane laughed.

One very important aspect of her job this year has been pre-qualifying small local businesses for CARES Act grants released by the federal and state governments.

Lane explained that the Chamber had to first determine if a local business could get a grant and then report back to the Washington State Department of Commerce.

"There was a lot of back and forth, and a lot of little details, and a lot of standing up for our little county," she added. "We're so small, we either get shuffled with a bigger county or we tend to get bits and pieces instead of a whole picture. It was good for me to be able to speak out for Wahkiakum County to state commerce, to let them know we're here and involved and interested in being part of what is happening."

The grants are about done, and Lane was thrilled to report that the chamber was able to distribute over $300,000 to businesses in our community.

"For our little county, that's incredible," she said. "To be able to be a part of that has been nothing short of emotional."