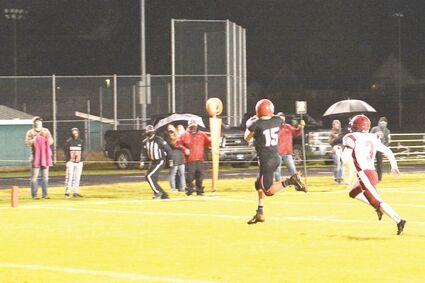 Zakk Carlson hauled in a Brody Carlson pass for a touchdown as the Wahkiakum Mules defeated the Stevenson Bulldogs 47-6 last week.

The Wahkiakum Mules raised their season record to 4-0 with a 47-6 football victory over the Stevenson Bulldogs last Friday.

The Mules scored three times in the first and second quarters and twice in the third. 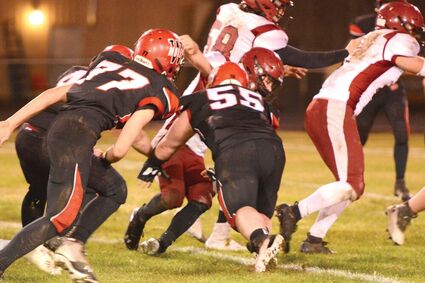 Quarterback Brody Carlson completed two of six passes for 21 yards and one touchdown. Zakk Carlson caught a nine-yard pass for the touchdown, and Curl caught the other pass for 12 yards.

The Mules are scheduled to go to Napavine this Friday to play the Tigers, and they host the Ilwaco Fishermen March 19 in the season finale, which will be senior night and the homecoming football game. [Editor: The print edition mistakenly said the Mules would play North Beach this Friday. That is incorrect.]