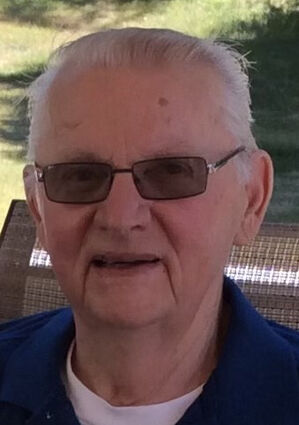 Bob was born on September 22nd, 1936 to George and Esther Ohrberg. Bob graduated from Wahkiakum High School in 1954, and went to work for Crown Zellerbach as an equipment operator. He married Patricia Lois Cavanaugh on January 18th, 1957.

He was known by many names: Robert, Bob, Boberino, Thursday Bob, The Mayor, and some others that are not appropriate to put in print. He lived his life on Puget Island, raised his kids with his wife Patricia in the house he was born in, and took great pride in the fact that four generations of Ohrbergs live on that beach. He seemed to have a sixth-sense about that beach. Before anyone else knew there was an interloper he had already "chased the SOB off." To say Bob was frugal would be an understatement. Anyone who has ever "run up the G.D. electric bill" by leaving the light on at the end of the hallway could attest to that. He was also very generous, as if you were headed to town he had his "town wallet" in his front right pocket and you knew he was taking you out to lunch.

After retiring from the logging industry in 2000, Bob spent his time taking care of things at home, fishing off his beloved beach, and riding his bike down to the shop to meet the crew as they came in from work. "Let me ask you this now" would turn into at least an hour conversation with the mechanics and crew.

He did not always show his love in the most conventional manner, but if he loved you, you knew it, and you knew there was nothing he wouldn't do for you.

He was preceded in death by his parents George and Esther Ohrberg, his brothers George, Carl and Walter Ohrberg and sister Inez Danielson.

The family would like to thank his caregivers, as well as Hospice for the loving care that allowed him to remain at home as was his wish.

A memorial service will be held at Dowling Funeral home on Saturday, March 20th at 2:00 p.m. In lieu of flowers, donations may be made in Bob's name to Community Home Health & Hospice in Longview.