Stephanie Olsen: She's there on the hardest days 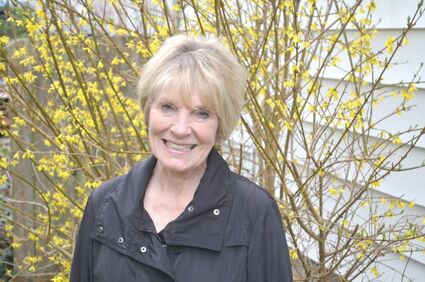 Stephanie Olsen brings compassion in her calling as a funeral director.

Stephanie Olsen shows up on some of the hardest days that many of us face during our lives--after the loss of a loved one. A funeral director by trade, it's her immense kindness and gentle nature that is often remembered when she is making the careful arrangements that allow family members and friends to focus on the person they loved and lost, and not the details.

The Cathlamet Woman's Club has recognized this tender heart and named Olsen their 2020 Citizen of the Year.

"She goes way above and beyond her job," Maureen Zacher-Bockius of the Cathlamet Woman's Club wrote. "She helps to make people feel better in some of the worst times of their lives. There are so many instances of services she had done for people out of the sympathy she feels for them. She feels she doesn't deserve this and I feel she certainly does."

When Olsen was very young, her parents literally moved their home to a spot across from the cemetery in Kalama, cutting the structure in two and having it transported up the hill, about a mile.

In retrospect, she wonders if that cemetery is where it all began.

Olsen's dad was a state trooper, and because hearses were used as ambulances back then, her dad knew Ken Dahl of Dahl's Funeral Home.

"They'd put a light on the top of the hearse with a bungee," Olsen said. "Ken Dahl would come out with his call car and he would either take a fatality to the funeral home or a hurt person to the hospital."

In 1973, when Olsen was in her early twenties, Dahl told her dad he was looking for someone to work part time at the funeral home, answering phones, doing viewings, and other things, and that's how she began what would turn out to be a lifetime of work.

In 1974, she transferred to the funeral home in Cathlamet, where she not only worked, she lived. All while caring for her two young sons.

"I guess I was 25," she added. "Not knowing how I would feel about living in a place that I worked. There were no answering services, no answering machines. There had to be someone here 24 hours a day."

Because she couldn't leave, Doumit's Store delivered groceries. There were times when someone would come and "babysit" the funeral home, and she would take advantage of the bit of freedom to take her little boys to the store and pick up groceries herself.

"People here embraced me," Olsen said. "I had a sick baby, and Dr. Avalon would drive us to the hospital. [Pharmacist] Roy LaBerge would deliver medication to me and when I had no money, I could charge it and pay him when I got money to pay the bill. I got to know Margaret Strueby who had the flower shop. She was a huge part of my work, and became a dear friend to me. I got to see her regularly because she delivered flowers down to the funeral home. Those people were a big part of my life when I was young, and a young mom. A lot of times without a car, or you know, just going through what young people go through trying to make a life."

She grew in her work, taking on more responsibility and learning new skills. Olsen graduated from Lower Columbia College and on two occasions was able to travel to Chicago to study at the National Funeral Directors Foundation, where she learned about funeral traditions in different cultures.

She learned about the Baha'i funeral customs, attending services at a Baha'i chapel, and visited a Black funeral home on the Southside of Chicago.

"It was just such a revelation to me," Olsen said. "There was a mummy in the foyer in a beautiful coffin. All the gold and red and green rich colors of that funeral home. I became friends with the two funeral directors there, who were women. Their father had started the funeral home and by that time he was in his 90s and still working, really an inspiration. The daughters did the embalming and the prep work, and a lot of the arrangements."

"I was lucky enough to get to do that, and learn so many things I never dreamed I would use," she added. "I ended up working at Steele Chapel in Longview for many years, and met people from many cultures that I didn't realize were in our small community. I didn't realize that information would become useful to me."

"I've gone on lots of calls and been with so many people," Olsen said. "It always goes back to the love of the people in the community, and the want to help them across the journey, I think. I have had the privilege of listening to the best stories. People share with me what they maybe couldn't share with other members of their family. I can be a safe space for that. What a privilege."

This work, she says, reminds you that you are only here for a time.

"I just want to remember to appreciate everything. Breath and life and family and friends," Olsen said. "My work has been a huge part of my life through all the life changes, being a young mom and growing up with my kids really. I would have done it with no pay. I think it's been my calling. I don't know how to explain the way I feel about it. There is a whole lot of love involved."

Over the years, Olsen has been involved in Rotary, Kiwanis, the Wahkiakum Chamber of Commerce, and chairing the Bald Eagle Days barbecue and the Christmas lighting for many years. She recently became involved in the Friends of Skamokawa and this weekend joined the board.

For fun, Olsen enjoys road trips with her husband, Doug. They live on a float-house they've named Annie, which Olsen describes as a joyful place. She loves to cook, mostly soup, go on walks, garden, and is a voracious reader.

Olsen is the oldest of five children. She has two sons, Christopher and Eric, a step-daughter, Holly, and seven grandchildren.