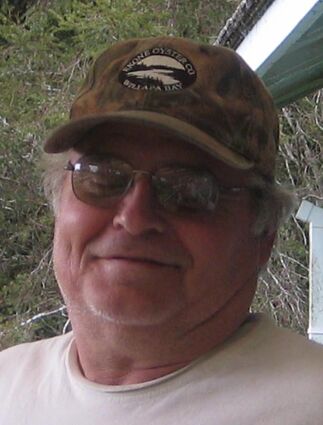 Randy Alan Lewis passed on peacefully Monday, April 5, 2021 with his loving family members present. He had been battling late stage lung cancer since it was diagnosed in January, 2021.

Randy was born in Portland, Oregon on June 6, 1949 to Robert "Bob" and Berta Lewis. He grew up in Southeast Portland, active in Boy Scouts and Little League, attending Joseph Lane Grade School and Franklin High School, graduating in 1967, before enrolling at Portland State College. While Randy was living in Portland, he met Christin "Chris" Pressentin. Randy and Chris married on September 9, 1981 in Hawaii. They lived in Northeast Portland where their son, Andrew, was born in 1982 and their daughter, Amanda was born in 1986.

Randy worked primarily as a cement finisher for almost fifty years and was a loyal member of the Cement Masons Union Local #555. He was very talented in concrete work and worked on some very large projects like Trojan Nuclear Plant and the Portland Marriot Waterfront Hotel. In 1982 Randy started his own company, R. Lewis Concrete. Randy and his crew did mostly sidewalk repair and residential concrete projects. Randy retired from concrete work in 2004.

Randy had friends from all over, whether Naselle, Washington where he lived since 2004, or Portland where he spent the majority of his life prior to moving to Naselle to take over the farm that had been in his family for three generations.

Randy had many interests and became an expert in anything he became passionate about like tropical fish, roller pigeons, fishing, bee keeping and honey production, etc. He loved spending time with his grandchildren. He had a lifelong love of music, especially non-mainstream artists, and he influenced many friends to expand their musical horizons. He loved to cook, especially on the BBQ, for family and friends that would visit him in Naselle. Visiting Randy usually meant being treated to meals that frequently included lots of very fresh seafood of both great quality and amazing quantities!

Randy was preceded in death by his parents and his daughter, Beth Jenee Lewis. He is survived by his wife, Chris; his brother, Terry Lewis; his sister, Cindy Thomson; his son, Andrew (Paige) Lewis; and daughter, Amanda (Carlos) Cortes; and last but certainly not least, grandchildren, Addison Smith and Lucas Cortes.

A celebration of life will be scheduled at a later date.