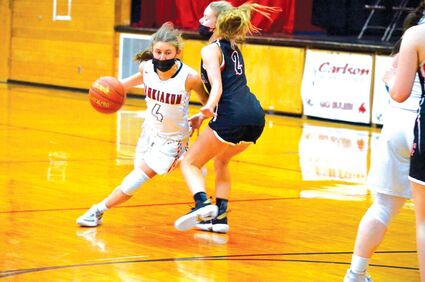 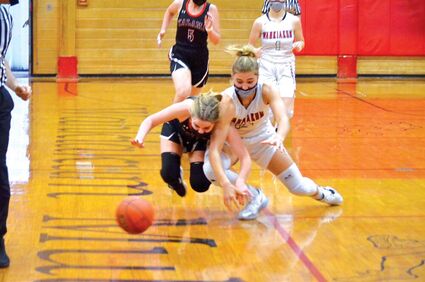 Jansi Merz and a Kalama player scramble for a loose ball.

On Tuesday, the girls traveled to Winlock and won 60-11.

The Lady Mules entertain Adna tonight (Thursday); they head to Rainier on Saturday and to Onalaska on Tuesday; they'll entertain Morton/White Pass next Thursday.