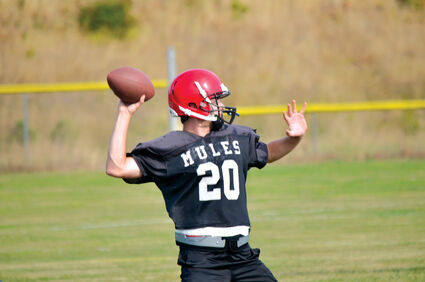 The Wahkiakum Mule football squad takes the field this year with a new group of coaches. 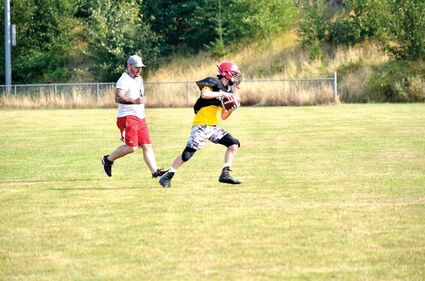 Ryan Lorenzo, a 2005 Wahkiakum High graduate, has taken over the head coaching role following the retirement of multi-year veteran Eric Hansen. Assisting him will be Matt Mogush and Tyler Russell, both WHS graduates. "I have big shoes to fill," Lorenzo commented Tuesday. "Those other coaches put in a lot of years with much success."

Above, left Brody Avalon sets to pass, and right, Coach Lorenzo works with a receiver.

The Mules open their season Sept. 3 when they host the Raymond/South Bend Ravens.