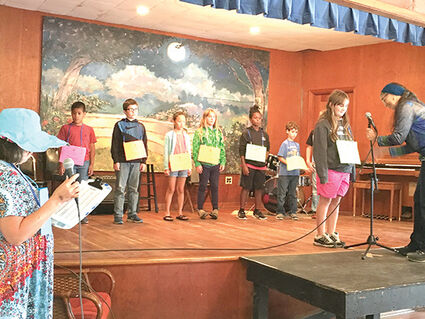 A crowd turned out to watch kids compete in the annual Spelling Bee at the Skamokawa Grange on Saturday.

The event is sponsored by the Grays River Grange and the Skamokawa Grange. Several members from the Cathlamet Woman's Club volunteered.

There were eight children participating in the bee, with about 70 people in attendance.

"It was a fun, exciting event," Pearl Blackburn said.

Next year, they may add an adult class.